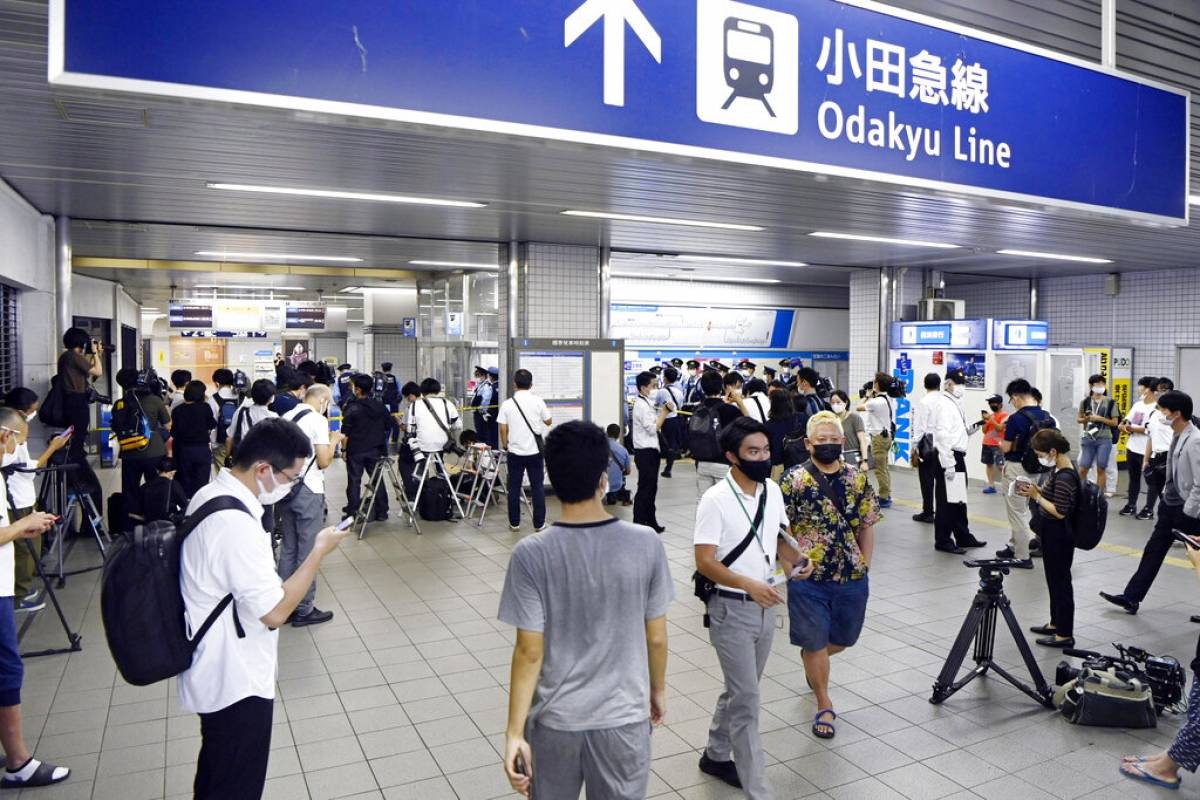 A man stabbed 10 passengers on a commuter train in Tokyo on Friday and was arrested by police after he escaped, fire officials and local press said.

Tokyo metropolitan police said early Saturday morning they had arrested a man in his 30s who stabbed nine people on suburban train cars. The capital’s fire department indicated that nine of the 10 injured were taken to nearby hospitals, and the other was able to leave alone. All the wounded were conscious.

NHK public television reported that a woman in her twenties was seriously injured. He said the suspect disposed of his knife while on the run, then turned himself into a grocery store.

NHK identified the man as 36-year-old Yusuke Tsushima. He allegedly told the police that he had a desire to kill after seeing beautiful-looking women, and that he chose his targets at random.

The police refused to confirm his arrest report and details of the suspect.

A witness at a nearby station where the train stopped said passengers rushed out of the carriages, screaming that they had been stabbed and calling for first aid. Another witness told NHK that he saw bloodied passengers leaving the train, and that the megaphone service called for help from doctors and passengers carrying towels.

One witness added that dozens of paramedics and police arrived at the station.

The TV station said the suspect entered a grocery store and introduced himself, saying he was the one who appears on the news and that he was tired of running away. The store manager called the police after seeing bloodstains on the man’s shirt.

The Japanese capital is currently hosting the Olympics, which conclude on Sunday.