4 moments of tension during the appearance of Lorena Peña 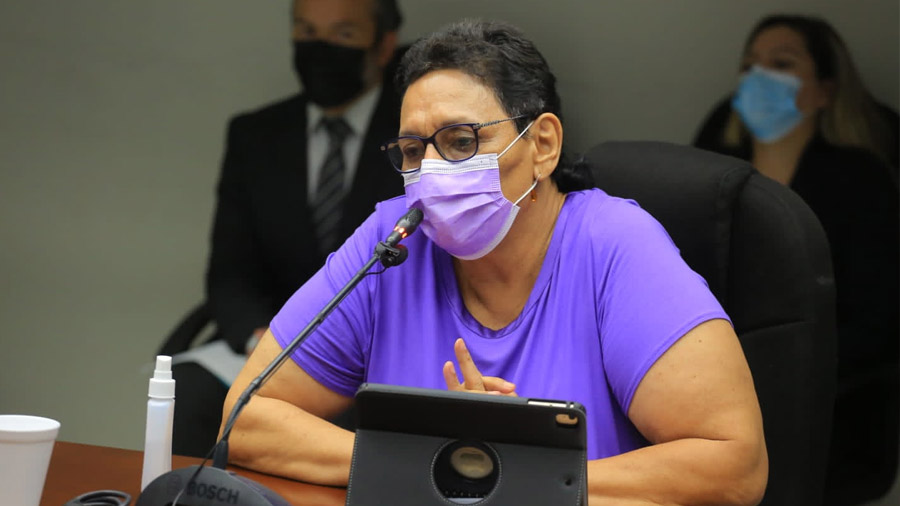 The former deputy announced in a special commission that it is investigating the funds given to NGOs. Pro-government lawmakers accused her of baseless contempt

What began as a meeting to hear the opinion of former ARENA and FMLN deputies to learn about the mechanism for handing over funds to NGOs in previous administrations last Thursday, became a series of disrespect and cutting the microphone for invitees when answering. It was not what the pro-government deputies expected. The first transformation corresponded to the former deputy of ARENA, Melina de Escalon. Hours later, it was the turn of the former FMLN MP, Lorena Peña, who was called at 2:00 p.m. and the interview began at 6:30 p.m.

The deputies’ disrespect increased with the former FMLN MP. We leave you 4 moments of tension as it appears:

1. “Awesome! He understood that it was necessary to speak to communicate.”
“This is called Parliament. Do you know why it is called that? by “parlare”. It’s that if you don’t speak up, no one will agree. I love that you already figured out that you have to talk! It’s impressive, the deputy understood that it was necessary to speak! And that to communicate, you have to use your mouth, this is important to understand! It is brilliant! He understood that we had to talk to communicate. “It took some time, but it’s a great find, Rep,” Peña told New Ideas deputy Caleb Navarro, who asked him what the negotiations look like to integrate NGO profiles.

2. “Just because I’m a woman, that kind of scale doesn’t make me too big”
“Where was this law formation conducted?” Navarro asked. Peña replied, “He asked me where this thing went, because I did not cross the Arc de Triomphe…”, and at that moment
Committee chair Alexia Rivas of New Ideas shuts down the microphone. “He should also measure his words,” Peña said, adding, “Just because I’m a woman, don’t make such vulgar metaphors.”

See also  Can Boris Johnson really return to the British government after the resignation of Liz Truss?

It may interest you: Lorena Peña describes “vulgar” and “low-key” attacks by MPs who tried to discredit her in the NGO Committee

3. “You’re wasting your time if you think I’m going to accept these things without frames.”
“We’ve been here for several hours, do you want me to condemn myself? Here we can dawn, but you know you won’t force me to
Accept lies, you cannot force me to imagine myself as you imagine. You’re wasting your time if you think, out of fatigue, that I’m going to accept those untrue things. They take some big breaks. I am older than you and I do not ask for breaks, this is something that surprises me.” Peña answered this at 1:30 in the morning, at the insistence of Representative Alexia Rivas.

4. “Real. Brooch, check yourself… Don’t be too low”
Representative Carlos Hermann Broch asked Lorena whether or not she was involved in the Facundo Guardado campaign.
Peña replied in the negative. “He’s my ex,” she added, lamenting that Bruch was “too short.” Later, Peña added:
“Calm down, please, and let me talk. Control yourself, control yourself, this is good for you, control yourself so that you do not make false statements”