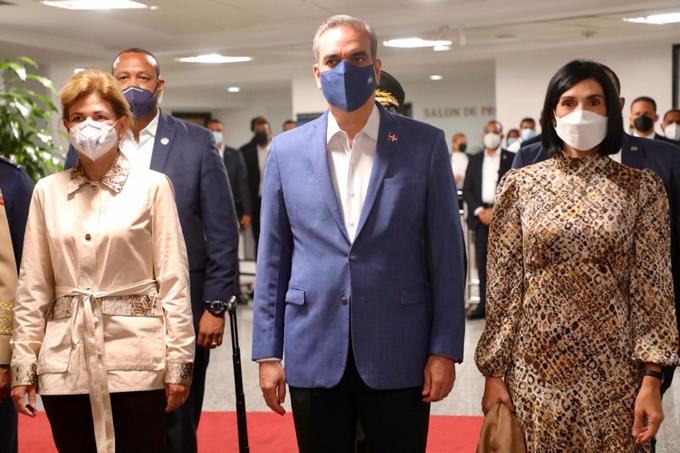 President Louis Abinader left for New York City at 6:00 am this Saturday, where he is attending the 76th General Assembly of the United Nations (UN).

He was fired at the airport in the presidential room of the embassy by Vice President Rahul Bena and AILA security members.

The President will deliver his address to the UN General Assembly on Wednesday, the 22nd.

When you came to New York, John F. The city’s deputy ambassador to the city at the Kennedy airport is Eligio Jacques, the permanent representative of the Dominican Republic to the UN, Jose Blanco, Sonia Guzman, the Dominican ambassador to Washington and the president’s press director, Daniel Garcia Archibald.

In addition to attending the UN, Abinader will also set the agenda for bilateral meetings and meetings with Dominican immigrants in the United States.

Upon his arrival this Saturday, he will hold a meeting with Dominican journalists and attend a reception hosted by the Consulate General.

Similarly, the head of state will hold discussions with elected officials of Dominican descent, the leadership of the Dominican community in New York, and Dominican children born in the United States.