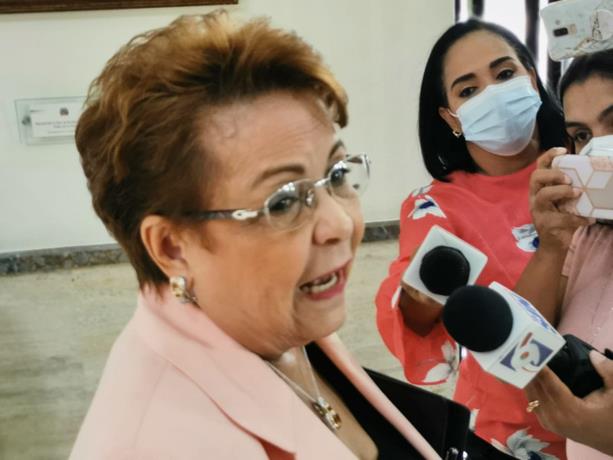 A member of the Dominican Liberation Party’s political committee, Alejandrina German, visited the national convention on Tuesday in her role as head of that political organization’s disciplinary and morals court, to investigate “purple” MPs who do not respect party lines. .

German, who said he would meet with all PLD lawmakers, did not specify which cases triggered the investigation, but hinted that the recent approval of a new 45-day emergency would have included lawmakers from that organization. .

“But it’s not just this case, there are other cases we’re watching and investigating as well,” German explained, while leaving open possibilities for other contempt cases to be investigated by the PLD.

The head of the Disciplinary Committee explained that the investigations are based on listening to the deputies to find out what harassment happened and how it happened in order to submit a report later to the Purple Party and that he makes the final decision.

Despite this first meeting, the former Minister of Women emphasized that the disciplinary tribunal is not complete, because the merger of five other members is missing, but the PLD is ready to begin gathering evidence and interrogations to investigate the facts in question.

In the last session of the House of Representatives, where the state of emergency was approved, several PLD lawmakers voted while aware of the initiative, allowing a sufficient quorum for its affirmative approval.

Even the deputy of the Democratic Liberation Party, Julio Prieto, voted in favor of the extension claiming that he would not throw stones at President Abenader’s administration.

The partisan line in the PLD observed at that session was to not vote on the initiative, or leave the floor, to prevent a quorum to allow it to be approved.