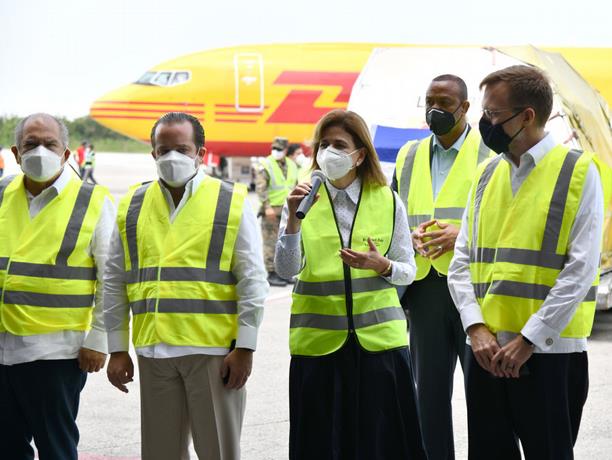 With 228,000 doses of the Pfizer vaccine arriving yesterday, the government announced the various places over 12-year-olds can go to get vaccinated with their parents’ authorization.

With the arrival of this first batch, of the 10 million vaccines obtained by the Dominican government, the pool of the population vaccinated with the two doses is set to expand, totaling 1,827556.

Abenader announces more
Next Wednesday, one and a half million Covid-19 vaccines will arrive in the country to give continuity to the national vaccination plan against Covid-19, said President Luis Abenader.

The expected vaccines are Coronavac, from the Chinese pharmaceutical company Sinovac, and a source from the National Palace confirmed to this medium.

“We received a million and a half (vaccines) on Wednesday, and today just 200,000 Pfizers have arrived at the airport, and we are going to use them for younger and pregnant women,” the president said.

Abinader admitted that he “does not sleep without looking at the data on how the epidemic spreads in the country,” and indicated that last Thursday, the country ranked first in the world in daily antiviral vaccination. “We were so fast that now we only run out of the second dose until we’re done,” he said.