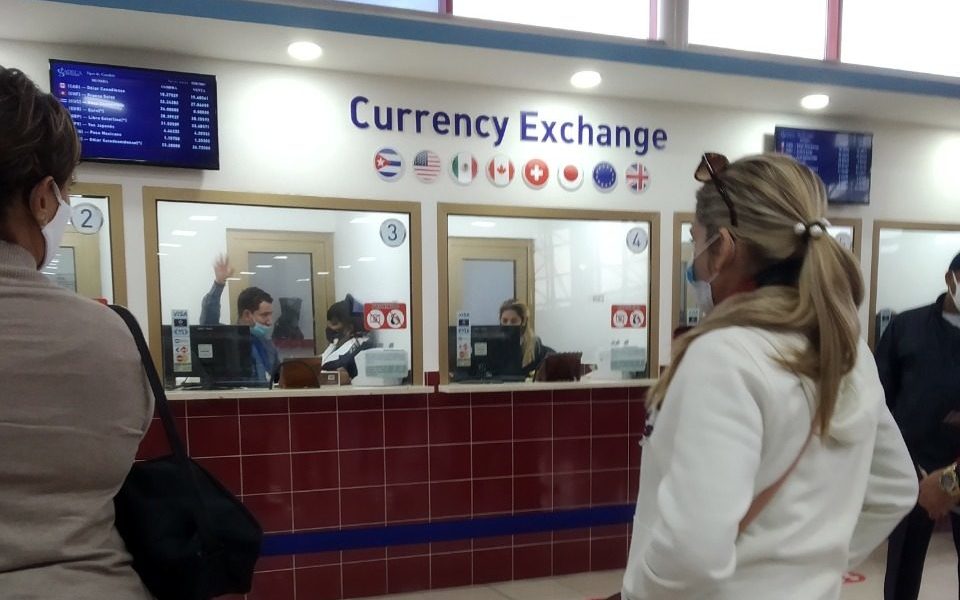 Only Cubans who leave the country, and upon showing their boarding pass, will be allowed to purchase 300 US dollars or the equivalent in another international currency, according to Joaquin Alonso, head of exchange offices (CADECA) in Cuba.

According to the manager, the reduction of 7200 CUP or 300 CUC as the case may be, is due to “the sharp decrease in the number of tourists, which has caused a decrease in the ability to sell freely convertible currencies (MLC)”.

Alonso indicated that his entity would only accept CUC during the “first six months of the year,” which is the maximum time indicated by the “ordering mission” for that currency to be completely out of circulation across the country.

With regard to the purchase of CUC that is still in the hands of the population and its exchange with Cuban pesos, the Director emphasized that “This is one of the core functions of CADECA, and transactions are executed very quickly”.

“For cases where the convertible peso amount that residents go to sell exceeds the CUP amount in cash, CADECA has a replenishment system through a specialist protection services company, known as Sepsa, to maintain the service,” the official said.

CADECA is also given other jobs to the bank

CADECA is expected to get banking jobs, to alleviate the burden these institutions represent.

That is why, from January 1, CADECA units that will pay retirement pensions are expanded and also enable them to collect taxes from self-employed and other forms of non-governmental administration, as well as passenger cargo with tariffs at airports.

Alonso explained that “since CADECA is a member of the country’s banking and financial system, it has the necessary mechanisms and integration in order for funds to be collected or paid into one of its entities that are debited or restricted in the accounts of any Cuban bank.”

The foregoing does not exclude CADECA from obtaining other banking jobs because it “identifies other transactions that the population or entities in the banking system need to perform in order to modify the instructions and procedures mechanisms.”