Carlos Pavon criticizes Hector Vargas’ access to the machine: “For now, I’m not the real Spain” 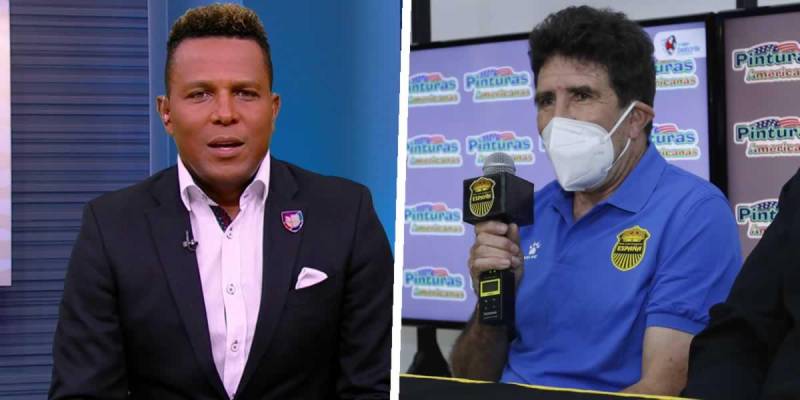 employment Hector Vargas is the new coach of Real Spain And he raised many comments, some praised his arrival to strive to advance the team, and others harshly criticized.

The former player and Orenegro Idol, now commentator, spoke on the subject during a TUDN broadcast of the Motagua-Seattle Sounders match of the CONCACAF Champions League.

Pavon accused the machine’s board of sacking Mexican Raul “Potro” Gutierrez and as a result putting Vargas on the bench, a decision La Sombra Voladora didn’t like at all due to the rivalry that existed in the past when the Argentine coach directed the marathon.

“I just need to beat Real Spain in Campesa,” Vargas once said as a marathon coach, referring to the duels in San Pedro de San Pedro de las Classicos.

“We’re passing on Street of Bitterness. There are things I don’t agree with the board of directors, in the dismissal of a coach who has done an extraordinary job, ‘Potro’ Gutierrez. Pavon commented in his speech on the TUDN broadcast that a better coach has arrived for me my comments…for now… I am no longer Real Spain, at the moment.

Real Spain is last in the standings with only three points after five days, including four consecutive defeats, which led to the dismissal of “Potro” Gutierrez.

The Mexican strategist arrived last year and managed to put the machine into the inaugural 2021 final with a team “not here to compete,” in Pavon’s words.

“You don’t have a great team to get to where you are, Potro did an extraordinary job and he was fired like that, I didn’t understand. They talk about operations, where there are no operations. The last tournament was basic, what he did to the team he has, from Please, that’s making me sick. The team he has isn’t a team that’s there to compete, you can’t ask for it. It’s a pity.”