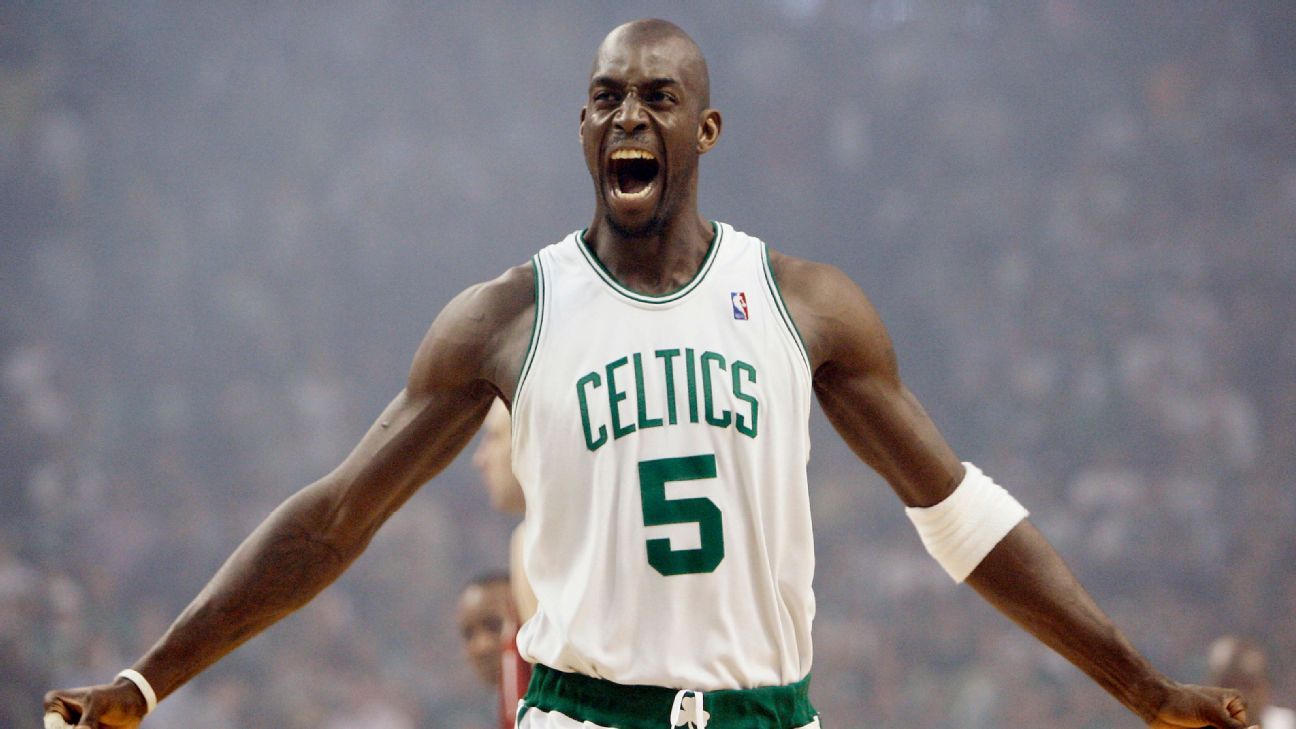 Kevin Garnett will become the 24th player in Boston Celtics history to see his retired number on March 13th, when the team host the Dallas Mavericks at TD Garden at 3:30 p.m. ET on ABC.

Garnett, who won the 2008 title with the Celtics, spent six seasons of his career in Boston. His acquisition through a deal in 2007, along with Ray Allen, made the Celtics make up the Top 3 with fellow Hall of Famer Paul Pierce. They led the Celtics to the 2008 title and returned to the NBA Finals again in 2010, when the Celtics lost in seven games to the Los Angeles Lakers.

Boston had originally made a surprise announcement at the end of the first half of a game between the Celtics and the Los Angeles Clippers in Boston on February 13, 2020 that Garnett’s No. 5 jersey would be retired at a later date.

“I am honored and appreciative that my number has retired with the Celtics,” Garnett said in a statement at the time. “I will always have great respect and esteem for the property, Danny Inge, Doc Rivers, my former teammates and the Celtic Nation!”

However, with the ongoing COVID-19 pandemic that shut down the NBA a month later and caused the entire last season to be played without fans, there was never a chance to celebrate Garnett in Boston the way the Celtics wanted. , with TD Garden full of fans celebrating.

Now, though, that opportunity will come in March, and with a twist, former Garnett coach Jason Kidd with the Brooklyn Nets is now training in Dallas after his appointment earlier this season.

Garnett was inducted into the Naismith Memorial Football Hall of Fame alongside Kobe Bryant and Tim Duncan in the 2020 class, and will host Pierce when he is inducted later this year.