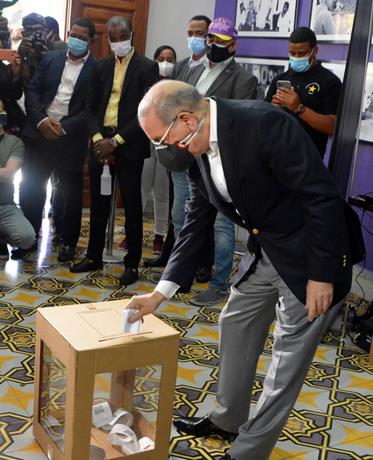 Under the premise of the necessary replenishment for the first time in 16 years, several ex-officials from the former Danilo Medina government were elected in elections to designate 110 vacancies on the Central Committee of the Dominican Liberation Party (PLD).

According to preliminary official figures published by the Electoral Commission yesterday, the vote was led by former Economy Minister Juan Ariel Jimenez, with a majority of 11,485 votes. Former Youth Minister Rubyami Balkacer was ranked third with 9,980 votes, while former Senator candidate for the National Constituency, Raphael Paz, was ranked fourth with 9,648 votes.

Among the candidates to join the Central Committee is the former director of communications at the National Palace, Roberto Rodriguez Marchena, who ranks 75 votes to 2,478 votes.

Last Sunday, the movement elected 300 new members to the Central Committee, whose number will not be less than 955.

See also  Gerardo Esquivel: Lopez Obrador rejects the elections in the Islamic Development Bank: "It's more of the same"