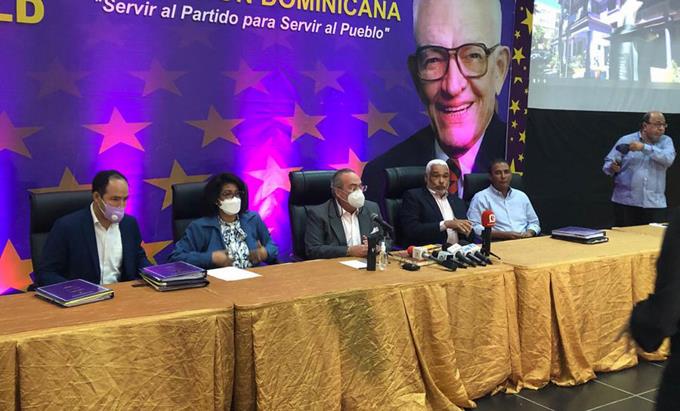 After a meeting that lasted nearly seven hours, the political committee of the Dominican Liberation Party (PLD) yesterday informed of potential candidates for the presidency of the republic of that political organization, for the 2024 elections.

So far, there are seven who have presented their intentions, according to PLD Secretary General Charles Mariotti, who added that the issue was handled superficially during the meeting.

However, the former senator of Mont Plata made it clear that these are “ambitious presidential candidates”, and that the Purple Party laws stipulate that candidates must be approved by the Central Committee.

However, he revealed that so far, those who made the first move were the former Minister of Public Works, and the last presidential candidate for the PLD, Gonzalo Castillo. Ex-Vice President Margarita Cedinho, and Mayor of Santiago Abel Martinez.

But the list is not final, as the Political Committee confirmed that the PLD “renewal process” is still very recent, so that names can be added to the pool of applicants.

The committee referred to the possible nominations in a previous meeting, when the Secretary of the Democratic Liberation Party confirmed that those aspiring to run for the presidency should meet with him and the party head Danilo Medina.

He explained that “the interested parties must meet with the party leader and the secretary-general, so that broad lines are drawn so that they do not conflict with the transformation and reorganization process to choose the new middle authorities and the party’s foundations.” Mariotti, in the middle of last March.