Danilo: “People look back because they know they won’t make mistakes again in two years” 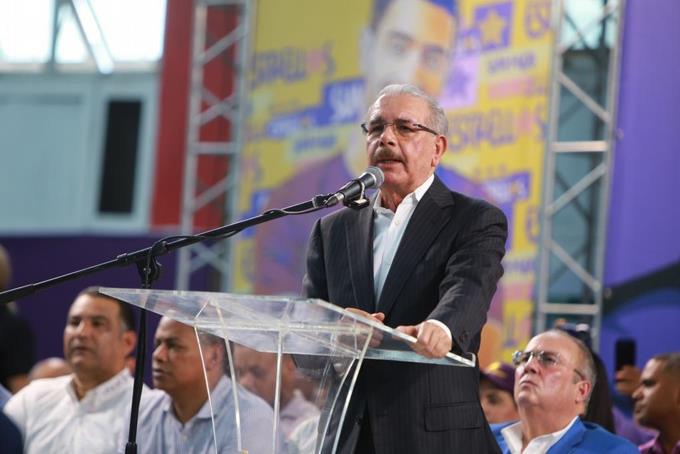 Former President of the Republic Daniel MedinaHe emphasized that the Dominicans were “looking back” to make comparisons with the situation in which currently passing, Emphasizing that they do so because “they will not be wrong again in the next presidential election.”

“People look back, they look back because they have a memory and they make comparisons, and they look forward because they know that in two years they will decide their fate again and they will not make mistakes again,” said the President of the Dominican Republic. Hizb ut-Tahrir (PLD).

These statements were made by the former president during a The swearing-in ceremony for some 6,500 new members of the PLD, He added that Dominican families are facing more difficulties than before.

Today we are witnesses to what happens when government works for a few and has its back on the vast majority. We hear how people are screaming about the high prices of food and electricity. How do people complain about the lack of opportunities or the abandonment of the field,” he told the audience at the Club de los Mina Sports Center in the municipality of Santo Domingo Este.

In addition, he called for hope and noted that PLD has a “proven career for service”, emphasizing that New members should always be committed leaders who must provide solutions And reach those who need it most.

In what became a tradition on Sunday, the Democratic Liberation Party announced that thousands of new members were sworn in ahead of an “open consultation” to select its 2024 presidential candidate from among six candidates.

This consultation is scheduled October 16 next, in which you can participate, In addition to members of the Democratic Liberation Party, all voters, except combative other parties.

According to the PLD, they already have Sworn in more than 350 thousand new subsidiaries.

Sunday’s activity began at 10:35 a.m. with the arrival of the city’s campus with the Secretary General of the PLD, Chalis Mariotti, and a representative of the Political Committee, who were greeted by Ocean Direction 2 From eastern Santo Domingo.