Due to covid-19 cases in Aguada, classic canceled and Goes won it 20-1 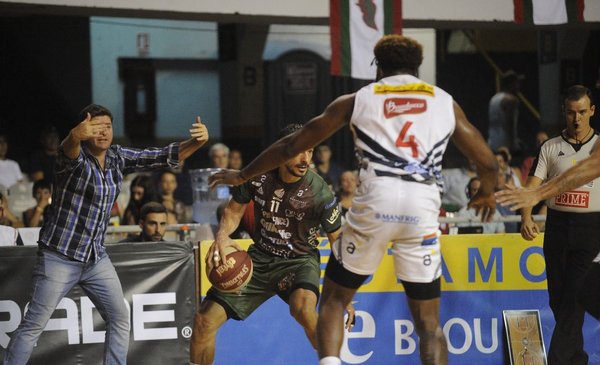 classic Aguada – Goes that were scheduled to play Thursday at 9:15 p.m. at the Peñarol Palace have been canceled by the Uruguayan Basketball League (LUB) due to the outbreak of COVID-19 cases on the Aguatero campus.

This was confirmed by LUB on Thursday at 1:00 PM. In addition, the match was won over Goes by 20-1, as stipulated in the regulations for this type of situation in the context of the pandemic.

“Considering the medical report received from Club A. Aguada indicating that the players: Sebastián Izaguirre, Tyreek Duren, Lucas Silva, Marcos Mata, Federico Bavosi, Mathías Calfani and Mateo Amarillo gave positive results for Covid-19 added to the positive results The technical team (Daniel Seoane, Joel Pose, Mauricio Mendoza, Federico Izeta) is awaiting PCR results from the other players who took the survey yesterday and due to great demand, at this time they are still pending, The LUB schedule has decided: cancel the Aguada vs Goes match today and consider the Goes Club 20 to 1″, he reported. LUB on their social networks.

Aguada was ready to play with up to eight available players, as he said on Wednesday to Rule Club Vice President Daniel Oliveira.

“We will show up to play though We believe that playing the game is a risk due to the health conditions in which we live. I think it’s exposed to the opponent and the judges. If common sense prevails and for a health problem, the game should not be playedBut until they tell us we can’t appear and they give us the losing game, the will of the club will show. With eight we show up anyway,” he said.

finally. The LUB decided, for the eleven cases and before waiting for the late results, to cancel the match and award it to Goes, who won by 20-1, as stipulated in the regulations for those situations.

Nearly 1,000 tickets have been sold for the match, the classic Uruguayan basketball game, so clubs will be left without one of the season’s most important income for the concept.