Eight killed in a strong earthquake in Indonesia 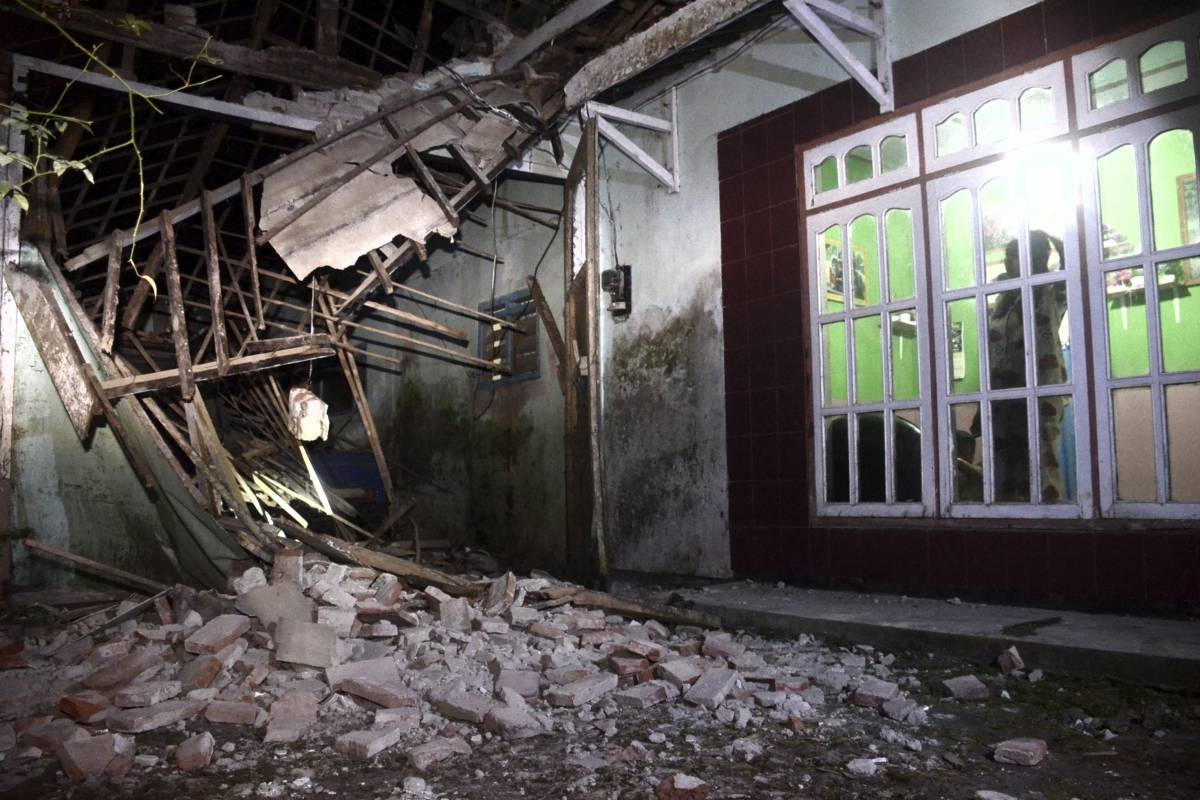 Indonesian authorities said on Saturday that a strong earthquake killed at least eight people and injured 23 others and damaged more than 300 buildings on the main island of Java in Indonesia, and was felt by Bali residents as well. No tsunami warnings were issued.

The US Geological Survey said the magnitude 6.0 quake hit the southern coast of the island at 2:00 p.m. local time (0700 GMT). The epicenter was 45 kilometers (28 miles) south of the city of Sumberpucung, in the Malang region, in East Java province, at a depth of 82 kilometers (51 miles).

Rahmat Triono, Director of the Indonesia Seismic and Tsunami Center, said in a statement that the earthquake did not have the ability to cause a tsunami. However, residents were urged to move away from the slopes due to the possibility of rockslides.

It was the second deadly disaster to hit Indonesia this week after Cyclone Seroga killed at least 174 people and lost 48. Some of the victims were buried in mudslides or frozen lava from a volcanic eruption in November, while others were washed away by flash floods. Thousands of homes were damaged

Raditya Jati, a spokeswoman for the National Disaster Agency, said Saturday’s earthquake triggered a rockslide that killed a woman on a motorbike and seriously injured her husband in Lumajang district.

The spokesman added that dozens of homes were damaged throughout the area and that rescuers had pulled two bodies from under the rubble in the village of Kale Uling. The authorities also confirmed the killing of two people in an area near Lumajang and Malang regions, while one person was found dead under the rubble in Malang.

Indonesia, an archipelago of 270 million people, is located along the Pacific Belt, an area along the ocean strip prone to earthquakes and volcanic activity.

In January, a 6.2-magnitude earthquake killed at least 105 people, injured nearly 6,500 and evacuated more than 92,000 people after it jolted Mamuju and Majin districts in East Sulawesi province.