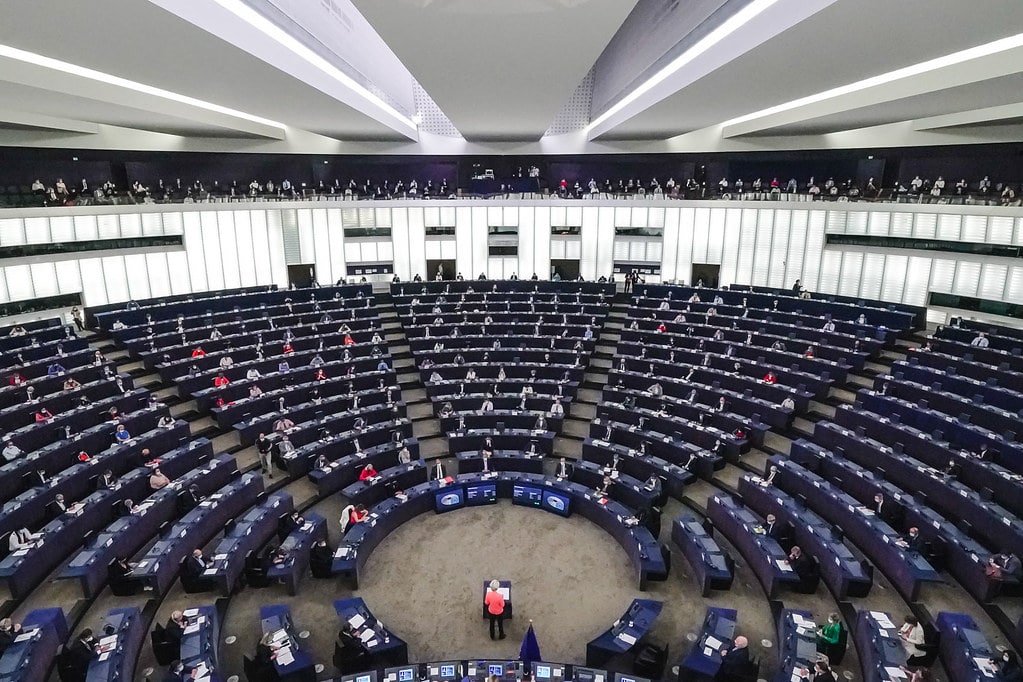 On Thursday, December 16, a large majority in the European Parliament approved a resolution on Nicaragua Condemns the “electoral farce” on November 7 The new term of Daniel Ortega and Rosario Murillo is not known. At the same time, it requires the European Union and member states to “supervise” funds earmarked for the country to prevent system corruption.

The resolution was approved by 619 votes to 25, with 41 abstentions. 685 of the 705 MEPs participated in the vote. In the document, MEPs also reiterated their demands to trigger the democratic clause of the Association Agreement (AA) between the EU and Central America, which would remove Nicaragua from the trade agreement.

The eighth point of the resolution indicates that “Corruption that directly benefits the Ortega Murillo family and the patrimonial heritage of the Nicaraguan regime, which also includes the pillaging of the country’s natural resources, is endemic and widespread and is leading the country to economic and human collapse.”

“The EU and its member states should continue their humanitarian aid to support the most vulnerable, while exploring alternative measures to tackle endemic corruption,” the document said, adding that the European Parliament “now invites the EU, in this sense, to oversee the allocated European funds, as well.” Through multilateral financial institutions, to ensure that they do not contribute to the corruption of the system.”

It is the first time that a European Parliament resolution has mentioned the money Europe gives Nicaragua. Since 2018, MEPs have passed five resolutions on the situation in Nicaragua. one in May 2018; another in March 2019 – after a delegation of MEPs visited the country -; third in December 2019; 4th in October 2020; The last one was last July.

At the beginning of last June, a group of MEPs sent a letter to President Ortega warning that the future of European cooperation “will depend on the country restoring the path of democracy”. At the time, the regime had only jailed seven opposition leaders, four of whom were presidential candidates – Christiana Chamorro Barrios, Arturo Cruz, Juan Sebastian Chamorro, and Felix Maradillaga; There are currently more than 40 political prisoners, including human rights defenders, student leaders, businessmen, former diplomats, journalists and peasant leaders.

In the first point, the decision “cIt condemns the electoral farce organized by the Ortega Murillo regime on November 7, 2021, which violates all international democratic standards for credible, inclusive, fair and transparent elections.”

The text that continues reads: “He rejects the legitimacy of the results of these false elections, and thus the democratic legitimacy of any institutional authority arising from these fraudulent elections,” and continues: “He supports the statements that these elections complete the transformation of Nicaragua into an authoritarian regime.”

In a debate before approval, held last Tuesday in the European Parliament, a large majority of MEPs and Josep Borrell, High Representative of the European Union for Foreign Affairs, They have described the leader of the Sandinistas as a “dictator”.

“Many years ago, Ortega represented to many the freedom force of a people who overthrew the dictatorship (Anastazio Somoza DeBaile) and was admired (…) Now he has become the caricature of the Caribbean dictator, the mirror of the dictator against the dictator who fought at that time,” Borrell commented before the plenary session of the European Parliament in Strasbourg, France.

In the parliamentary debate, almost all groups showed their rejection of the dictatorial deviation of Ortega and Murillo. MEP for the conservative Popular Party Leopoldo Lopez Gil said that the European Parliament “will not be a partner in mummering, with the emergence of an electoral process that took place on November 7”.

“Ortega managed to plunge Nicaragua into a repression not known since the worst times of Somoza,” said Spaniard Jose Ramon Bosa Diaz.

Sanctions and the democratic condition

The draft resolution incorporates proposals for decisions of six parliamentary groups. European Parliament sources indicated that trusted That the political councils agreed on several points, especially with regard to activating the democratic provision of the AdA Act, and directly sanctioning Daniel Ortega.

There are seven political groups in the European Parliament, each made up of at least 23 MEPs. The seats with the most members are the European People’s Party (178); Socialists and Democrats (144); and the renewal of Europe (100).

In the resolution, MEPs noted that “in accordance with the Association Agreement between the European Union and Central America, Nicaragua must respect and promote the principles of the rule of law, democracy and human rights”; For his sake, they affirmed their “request, under the current circumstances, to activate the democratic clause of the association agreement.”

He explained that the European Union accounts for 9% of Nicaragua’s exports, especially coffee and bananas. “I don’t think the system will not be affected by 300 million (euro) exports, but many Nicaraguans working in these sectors will be affected.”

Since 2019, the European Union has imposed sanctions on 14 high-ranking regime officialsIncluding Vice President and First Lady Rosario Murillo. None of them can enter the territory of the group and their assets and shares in the European Union have been frozen. This list was renewed last October until next October 2022.

“Ortega is a criminal and therefore he must be treated, and we must strike him where it hurts the most: in his pocket and in the pocket of all his men who are also here in Europe. Let us sanction Ortega once and for all, but let us also focus on the international financing of the regime; we must freeze Payments that arrive in the system so that we can ensure that democracy actually returns to Nicaragua,” demanded MEP Bosa Diaz, last Tuesday.