Former MP Lorena Peña says: “The MPs who interrogated me amounted to torture.” 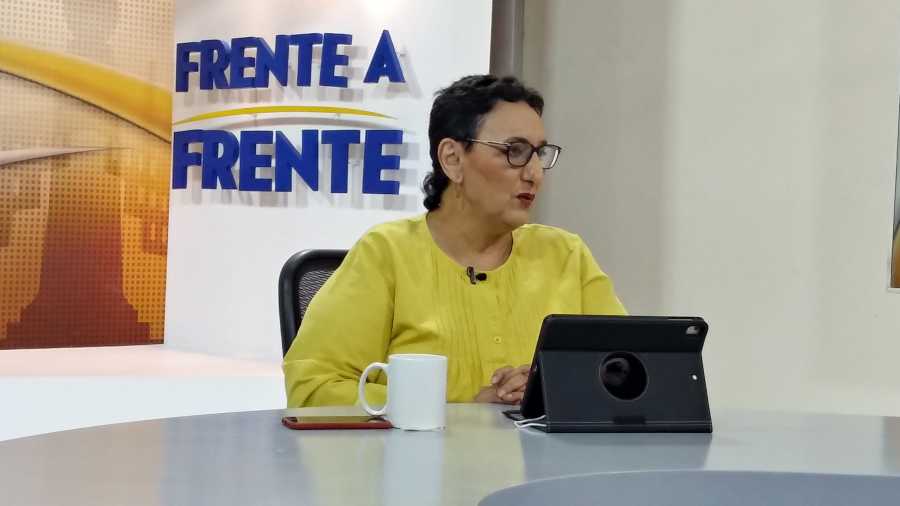 For the former president of the association, the committee that investigates funds provided to NGOs “aims to criminalize” this CSO function.

“They are misogynistic, violent and can be accused of abuse,” Lorena Peña said in a face-to-face interview this morning about New Ideas MPs who questioned her last Friday.

It may interest you: Lorena Peña describes “vulgar” and “low-key” attacks by MPs who tried to discredit her in the NGO Committee

The former MP denounced her accusation of contempt for not responding to what the pro-government MPs hope to discredit the work of NGOs.

“They are cowards but they are cowards, not to mention that guy who says he’s a priest,” he said of New Ideas deputy Caleb Navarro who disrespected the deputy on the committee. “They cut off my voice and threatened me with contempt,” he repeated.

Navarro even asked Peña “where was the law passed” when he approved that money, and the former deputy asked him to respect it and told him “not to use such metaphors.” Commission Chair Alexia Rivas of New Ideas said her partner should be moderate.

Peña believes that the outcome of that commission will not be valid because its mechanism is predetermined.
“There is no value to abolishing this commission, they have reached the point of torture, it is the mistreatment of a person incommunicado, locked up, without eating,” he said face to face about the interrogation that kept her until 2 a.m. on Saturday. .

He says about the commission, “It is a legal committee, but its powers are illegal, and its mission is to criminalize the functions of civil society organizations because of the way they work.”

Peña explained that the money that goes to NGOs is handed over by the Ministry of Finance and must, by law, be audited by the Audit Bureau.

Also: Video: The 13 occasions Lorena Peña’s microphone was turned off in a special panel

“These organizations have contributed to improving conditions for women,” Peña justified the NGOs he supported by recommending that the treasury transfer funds while she was president of the association.

Regarding the commission and its disrespectful treatment, the member said: “It’s a holy inquisition, as they say, well, not very holy.” (Rate)