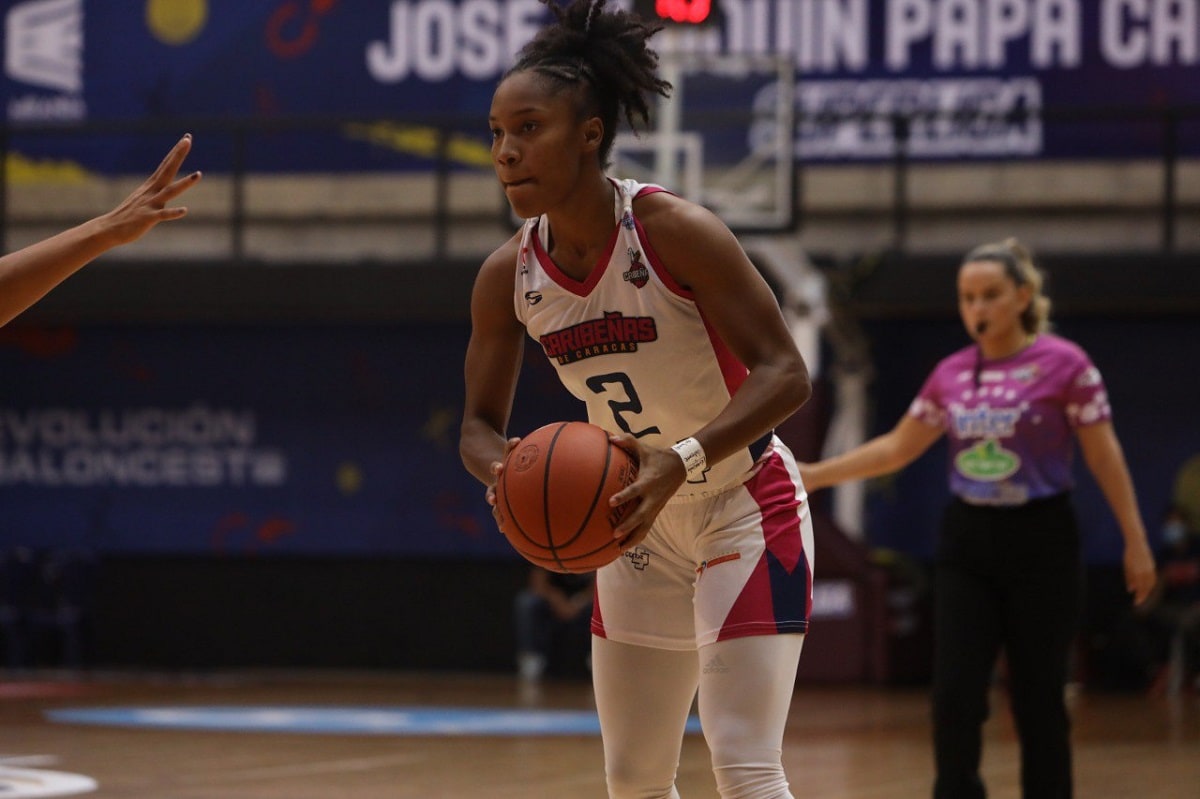 The 26-year-old basketball player returned to the court through the front door after injuring her right knee, which sidelined her for several months. The woman from Caracas recalls her time on the American University circuit as an “unforgettable experience”.

Caracas. Guinness Rivera witnessed a “rematch” in the 2022 season of the Women’s Basketball Super League by being crowned champion with Caribinas de Caracas.

The 26-year-old from Caracas suffered a ligament injury in her right knee in 2021, which put her out of the final part of the tournament and put her participation in this year’s tournament in question. Finally, Rivera recovered and closed out the season with a one-day high of 31 points and 16 rebounds in the final against Cainas de Carabobo.

“The title was very special, considering last year’s injury. It was a long recovery process and I was a little bit forced to play for the team earlier. We stayed together, trusted each other and fought despite the difficulties,” refers to the power forward when explaining DC mace.

According to Rivera, the second edition of the Premier League was a success, although there were still areas for improvement: “It’s a great step to continue the league. There are many teams that have debts with players, but these problems have been resolved. The benefit is seen.” There is a desire to continue that and that is the idea.

Third Venezuelan in the NCAA

Rivera recalls that he chose basketball because it was “the discipline that gave him the most”. She also loved softball, but there weren’t many teams in the women’s field, and the gift ended up tipping the scales toward the so-called Giants sport.

“My mom gave me a basketball for one of my previous birthdays. I had never used it, and when I started using it, basketball discovered me right away,” he admits.

The native of Petari realized that she could devote herself to basketball at the age of 14-15 and her talent allowed her to get into the Venezuelan national team and also get a scholarship in the United States from the University of Massachusetts, which made her become the third. Creoles to play in the most prestigious college circuit in ncaa. There he had an “unforgettable experience that marked his life,” in his words.

He is already preparing to return to selection

In the US, Rivera graduated as a journalist in 2019 and is out on stage, and says he loves to “tell and capture stories.” In fact, she has her own website, where she creates content and even claims to be drawn to photography.

She takes the December holidays normally, though she appreciates being able to spend time with her family, especially with her husband, with whom she has lived for a year in Valencia City, Carabobo State.

AmeriCup is a major tournament that I’m already taking on. One already begins to prepare and work towards that goal. I support the fact that work opens doors and you have to keep working for competitions with the national team which are very important to me. I always want to give 100% because it’s a blessing to be able to represent the country.”

“The team has a good base. Adding Roselis Silva and me to the group that went to South America will give the roster more depth and it will be very interesting because the team has not played fully for years.”