Haiti: An operation against an armed gang left 4 policemen dead and 8 wounded 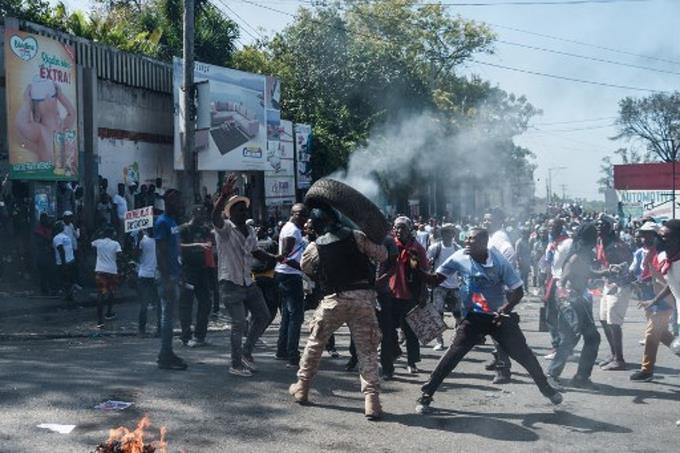 At least four officers were killed and eight injured during a confrontation between the Haitian National Police and a powerful armed gang during an operation Friday in the village of De Dieu at the southern entrance to Port-au-Prince, the official said. The balance that it provides on Saturday.

“The police will not back down,” the foundation’s general manager, Leon Charles, said during a press conference held today to report on the operation.

Known as “5 Seconds,” which turned Village De Dieu into an outlaw, members of the gang seized various items from clients, including various weapons.

The Director General of Police demanded solidarity with members of the commission, and promised that the leadership would accompany the families of the fallen officers during the operation.

Various videos spread on social media, some of them very cruel, pictures showing at least two murdered policemen, whose bodies are subjected to cruelty by the bandits, who continue to shoot the dead bodies, in exchange for their request. For large sums of money.

The audiovisual materials and dozens of photos circulated on social media sparked outrage among Haitians, who demanded the resignation of the authorities after the bloody event.

This is at least the third time that the police have run an operation to drive the thieves out of the village of Village de Dieu, which ended in failure.

Haitian President Juvenil Moise expressed his dissatisfaction with the killing of police officers in a speech he gave on social media, in which he called the officers to heroes and sent his condolences to the more than 14 thousand police officers who make up the institution.

The president described the situation as “disgusting” and threatened to respond to the gangs responsible: “Gentlemen, Village de Dieu, make arrangements. We are going for you. Either way, we are going for you,” he said.

For years, the southern part of the capital has become one of the most dangerous places in Port-au-Prince, with gangs operating to terrorize the population.

In fact, last year the government threatened to invade that area by force, but the operation was aborted after human rights organizations warned of the danger that the intervention would pose to the civilian population.