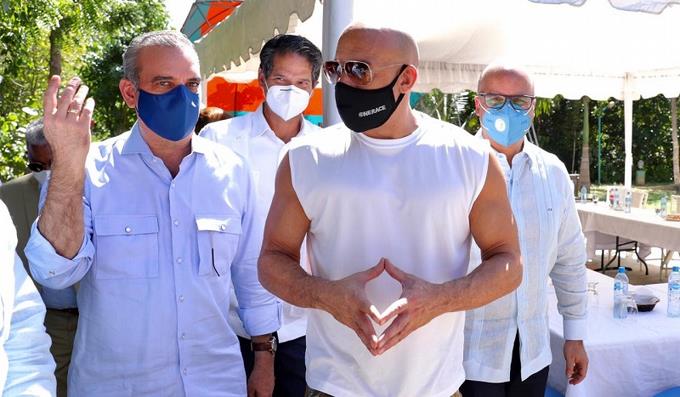 Actor Vin Diesel’s participation in various acts with President Luis Abinader last Thursday in Puerto Plata gave us something to talk about on social media, and not exactly because of the actor’s plans in the region.

In fact, what sparked the most comments on Twitter and Facebook was the fact that the muscular actor from Fast and Furious wore a sleeveless T-shirt, with the president, not only in activities in Luperón, but also in acting. With more formalities

In Luperón, they took a short boat ride across that municipality’s famous Bahía de Gracia, after which a plan was presented to relaunch Puerto Plata’s tourism sector, with the main actors in the sector being in the Emotions Hotel Playa Dorada.

The commonality of those attending this meeting, especially the hoteliers, the tourist businessmen and the directors of the hotel associations in Playa Dorada, Del Norte, Susua and Cabarete, as well as the tourist block of the tourist destination Puerto Plata, used Chacabana as the president and his ministers.

Others chose a jacket without a tie, but the famous actor remained in his flannel shirt without sleeves, something that no ordinary citizen would be allowed to do in a certain formality, which led to dozens of comments on social networks.

Several users interpreted the use of the sleeveless shirt at a party presided over by the president as a “lack of respect” for the president’s inauguration, in addition to various complaints about the clothing.