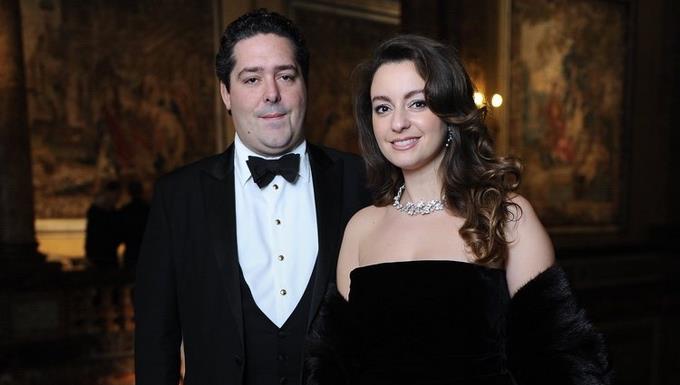 The heir to the Tsar’s throne, Grand Duke George of Russia, today married the Italian Rebecca Petarini (Victoria Romanova after converting to Orthodoxy), in a lavish ceremony in St. Isaac’s Cathedral in the former imperial capital.

It is the first wedding of a member of the Romanov dynasty on Russian soil in more than a century.

Today’s ceremony, hosted by Metropolitan of Saint Petersburg Varsunovy, was attended by several hundred guests, including members of the royal families, such as Simeon the Bulgarian, Fuad II of Egypt, Lika II of Albania, and Eduardo Pio of Braganza.

To the wedding celebrated according to the Orthodox rite, Representatives of the Russian government did not attend.

The Kremlin told EFE the day before that “many weddings are celebrated every day in Moscow and Saint Petersburg” and that the authorities always wished “happiness to the bride and groom.”

Born in Madrid 40 years ago, the judson of King Juan Carlos, the Caesar was not a direct descendant of the last Tsar, because his grandfather Cyril I, who took the throne in exile in 1924, was the first cousin. Nicholas II and grandson of Alexander II.

Victoria Romanova, 39, who learned Spanish in Venezuela, worked between 2005 and 2017 at the Finmeccanica industrial group, first in Italy and later in Brussels.

Less than 20 percent of Russians would welcome the restoration of the monarchy in the Russian Federation, the heir to the Soviet Union that President Vladimir Putin has led with an iron fist since 2000.

The Romanov dynasty ruled Russia between 1613, the year Tsar Mikhail ascended the throne, and 1917, when Nicholas II abdicated several months before the Bolshevik Revolution, after which he was killed along with his wife and five children.