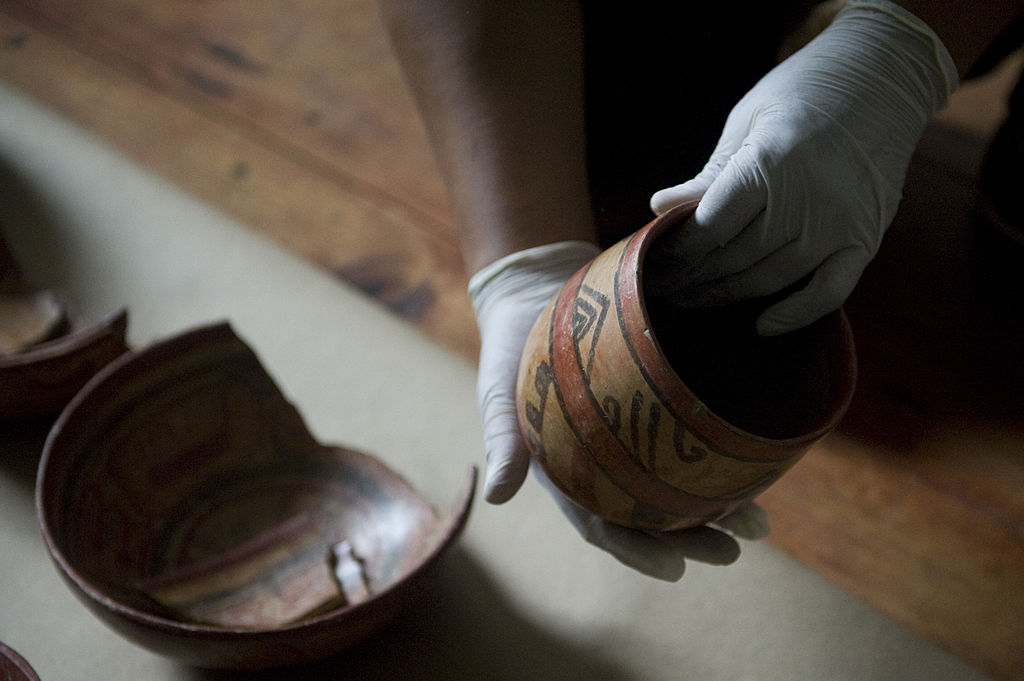 They ask Interpol for help in an auction of historic artifacts 1:23

(CNN) – Archaeologists have discovered hundreds of Mayan artifacts, including ceramic vessels and burial sites, along the path of a train construction project in Mexico’s Yucatan Peninsula, the National Institute of Anthropology and History (INAH) announced Thursday in a statement.

So far, the institute said, researchers have discovered about 2,500 pre-Hispanic buildings, 80 burials, and thousands of ships and fragments along the route of the so-called “Maya Train”.

The artifacts were discovered with the help of GPS georeferencing, satellite topographic images, and LIDAR sensors on only one edge of the project’s extensions, which stretch from the cities of Palenque, in Chiapas, to Escárcega, in Campeche.

“Both immovable and transferable artifacts expand knowledge of daily life, trade relations and cultural exchange that existed for centuries in the Maya region,” the institute said.

Archaeologist: The importance of remembering the fall of Tenochtitlan 1:26

Some objects of “particular interest” to the researchers are “a display consisting of a bowl and a bowl with a spout, both with four supports (representing a woman’s breast)”. INAH said it goes back to the transition from the Preclassic to the Classical period, known as the Protoclassic.

Archaeologists believe the pots were used by the ruling elite during “significant political or religious moments,” according to the institute.

Support and criticism of the construction of the train in Mexico

Another area of ​​interest to researchers is the Boca del Cerro region, located on the banks of the Osomacinta River, which was part of a large residential area connected to a major trading center linking the Osomacinta regions with other parts of Central America.

“The construction of the Mayan train constitutes an important research opportunity, through the restoration of antiquities with the aim of expanding knowledge of archaeological sites in the areas where the train will travel,” the researchers said.

They discover an Egyptian city that is more than 3000 years old 0:27

However, critics of the train project, which aims to connect beach resorts and within the peninsula, say it will harm the environment and possibly other archaeological sites.

The President, Andres Manuel Lopez Obrador, confirmed that the construction of the project, which will cross five states, will be carried out in an environmentally safe manner and will benefit tourism.

The Netherlands confirmed 13 cases of the new omicron variant of the coronavirus on Sunday and Australia found two cases,…