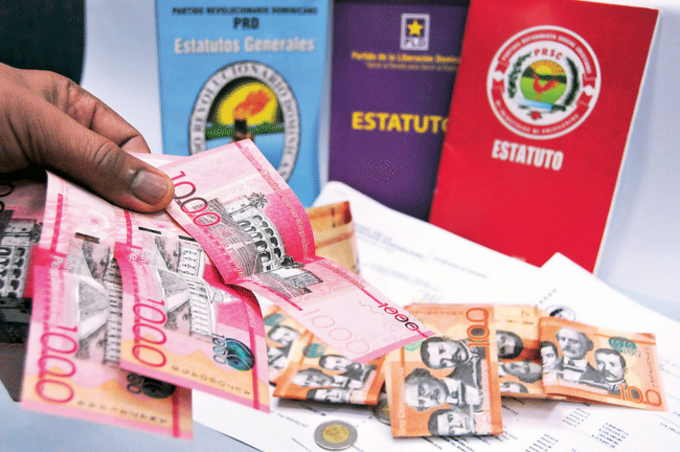 The Chairman of the Central Electoral Council (JCE), Roman Jacques Liranzo, stated that political parties will start receiving the economic benefits the state provides as of next week.

Jackies said that an agreement was reached with the Finance Ministry to resolve the impasse that arose over the amount of money that the parties should receive, and that political organizations receive each amount of $ 1.260 million, not half of it.

“This week the Minister of Finance sent a report to the General Budget Directorate so that we could count on 630 million pesos as the budget for the first semester and that was done, and on Friday we got half the amount for the first six months.” Jacques said to Ranzo when he interviewed journalist Adolfo Salomon on the program Verdades al Aire broadcasting on CDN 37, “As of next week, we will start distributing, according to our rules.”

He added that the remaining amount is 630 million riyals for the second semester, They will be approved through a supplementary budget in August, and that this is the “solution” that they reached and that it was agreed upon with the political parties.

These comments come after earlier this week, the budget director told LISTÍN DIARIO that every month he delivers the parts to the Central Electoral Council (JCE) in batches, which is the twelfth out of 630.2 million, which is up to the parties and that for this reason “no Understands “why the Electoral College does not distribute economic resources to political organizations.

Dantes concluded, “They did not deposit a single peso, because what the Council says to them is that they will not accept an amount not stipulated by law.”

In the detailed budget shown on the Digepres page, delivery of NTD 630,200,000 is presented to political organizations, while the other half appears with the category “Not applicable”.

The executive authority initially ordered the allocation of 1,260 million pesos to be distributed to political parties, but in October of last year President Louis Abenadir announced that he would propose to the National Congress a 50% reduction of their quota. Receive. Political parties, since this year was not electoral, therefore these resources will be used to build an extension of the Autonomous University of Santo Domingo (UASD) in the municipality of Santo Domingo Este, but this will be done with the consensus of the party politicians and the JCE.

At the end of January, the JCE plenary sent a letter to the General Budget Directorate requesting the full release of these resources, to which the government institution replied that it did not have the “power” to do so.

Several days later, the Administrative Minister of the Presidency, José Ignacio Paleza, said that the government would accept the Central Electoral Council’s request to maintain the distribution of funds from political parties without deductions, and that it would not enter into a dispute with them. .

Law No. 33-2018 on political parties, groups and movements provides for the redistribution of 80% of the resources allocated by the executive authority for distribution to political parties in equal parts among the parties exceeding 5% of the vote in the last selection. .