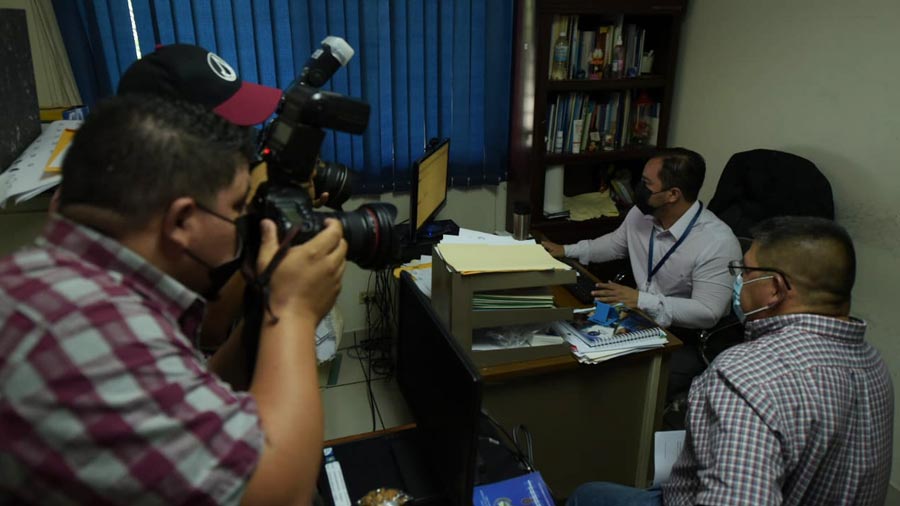 Beltran, accompanied by the APES Committee to Protect Journalists, provided details of the attack by the PNC official.

Beltran said that at no time had I entered or violated the place where the body of the young man who had been kidnapped by the gang was.

Read on: Video: A police officer beats up a journalist from El Diario de Hoy who was covering the discovery of the body of a missing young man.

He explained to the representative of the Public Prosecutor that the officer attacked him with a slap in the face.

Aside from aggression and obstacle in press coverage, there was coercion, Beltran said in detailing yesterday’s events in the Tomayati River, where the body of the young man who had deprived the gang members of liberty was found in Abuba.

Read on: APES condemns the attack by an official in the Palestinian National Council on a journalist from El Diario de Hoy

The officer slapped the interlocutor who was working in the Tomayati River, in Abuba, where the scene is being processed.