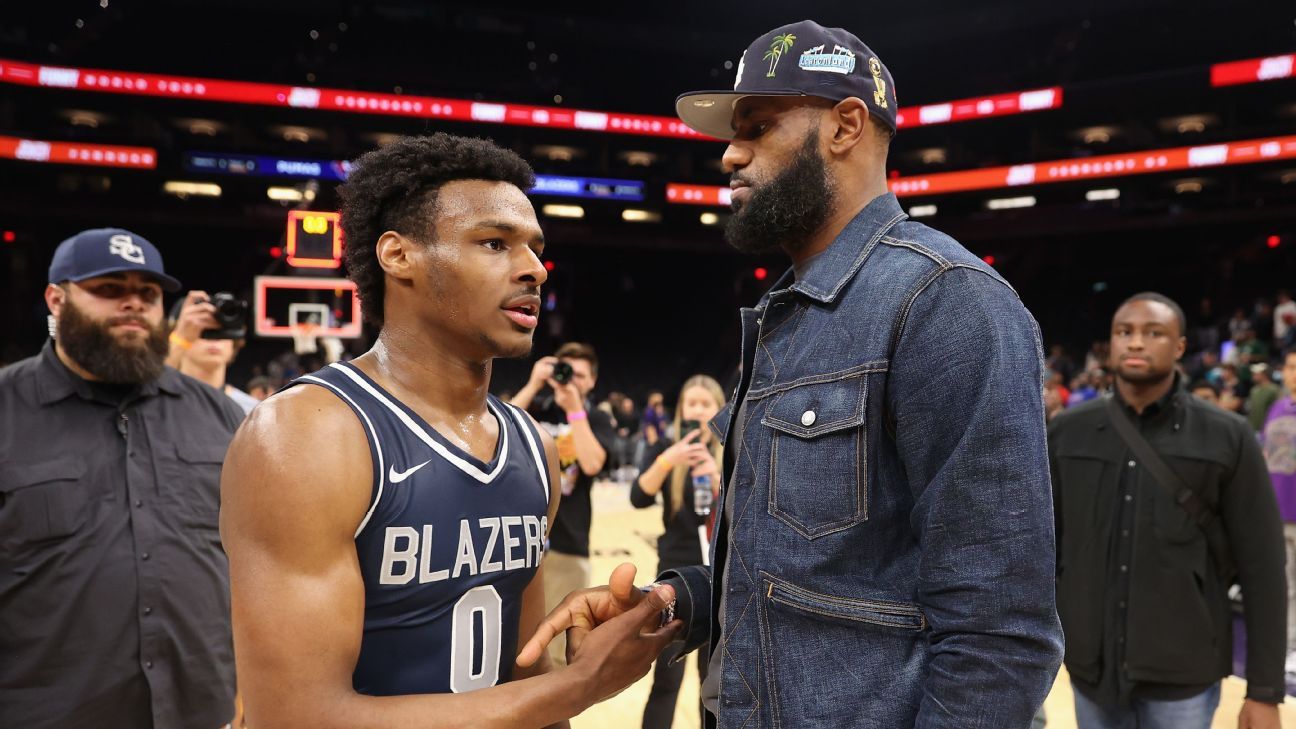 LeBron James said the door is “not closed” about a potential return to the Cleveland Cavaliers and that his final season in the league “I’m going to play with my son” in an interview with The Athletic ahead of Sunday’s All-Star Game.

James, who returned to Cleveland for his 18th All-Star appearance, is currently in the first year of a two-year, $85 million contract he signed midway through last season. He won’t be a free agent until the 2023-24 season, which would be his 21st in the NBA.

“The door is not closed,” James told The Athletic on Saturday when asked about a possible return to Cleveland. “I’m not saying I’m going back and playing, I don’t know. I don’t know what the future holds. I don’t even know when I’m free.”

James, who is from Akron, Ohio, played his first seven seasons with the Cavaliers before joining the Miami Heat and then returning to Cleveland for another four years.

He told The Athletic he was not interested in taking a discount after his current contract expired, but left the door open for a possible exception.

“My last year I will be playing with my son,” James said. “Wherever Bruni is, that’s where I’ll be. I’ll do whatever it takes to play with my son for a year. It’s not about the money at this point.”

Bronny James, the primary guard who plays high school basketball at Sierra Canyon School in Los Angeles, ranked 43rd on ESPN 60 for the class of 2023.

He will be eligible to enlist in 2024, when LeBron James was 39 years old.