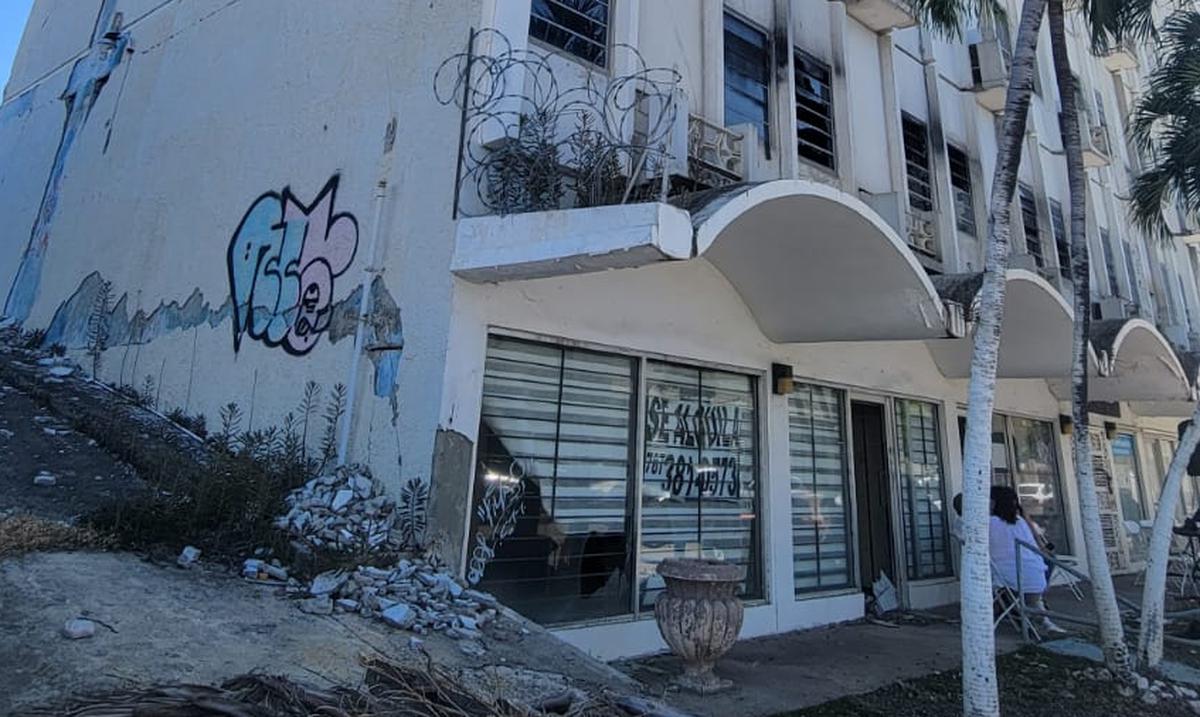 pimp. Affected by the earthquakes of January 7, 2020, several owners of the Poncena, Estancias de Aragón and Torre de Oro complexes in Ponce deplored the alleged inaction on the part of their boards of directors to address the suffering caused by the more than 150 lost tenants. their property.

That is, nearly three years after the events of Tellury, without making money from the insurance companies and having to incur additional expenses for a new house rent or mortgage. Others had to move with their relatives because they had been evicted from their homes.

According to Yvette González Cuascot, owner of an apartment in Block B in Estancias de Aragon, “Unfortunately, our eviction was illegal and we are paying the consequences.”

“We are very upset that he trembled yesterday and I remembered again that my building there, was useless, that I could do nothing with it, that I lost, that I had to pay the rent, and the houses, which other owners had acquired to go mad because, financially, They can’t afford the costs after we’ve been evicted from the apartment complex,” the 53-year-old argued.

“We are here to claim it, we ask the government agencies or anyone who can take action for that matter, to help us because we have been evicted, with huge expenses, and property in loss, and apart from that, it affects us mentally, because it makes us sad, sad, angry “The fact that we are losing and that we are out of our property,” he lamented, before mentioning the impact it had had on the credit of many of the 72 affected tenants.

For her part, Poinciana Condominium owner Margarita Marquez questioned the leniency of insurance companies for the thousands of condominium owners still suffering from the effects of earthquakes in the southwest.

“We need the government to help with this, and for insurance companies to understand the damage it is causing us all and all those who have suffered so greatly from a normal life to a life in which many live in a hostel,” he added.

On the other hand, the situation forced many landlords to stop paying their premiums and insurances, as they were evicted from their homes about 34 months ago. This has complicated the panorama as, according to González Quascott, a 2020 Puerto Rico Common Law has led to condominium board members excluding them from their boards and restricting their right to stay informed.

“Law 129 of August 2020 abolished the voice and voting. How can the law not allow me to stop paying fees for a property in which I do not live? How can a law violate my constitutional right to have a voice and a voice, because even prisoners have the right to vote in this country?

At a press conference, some of those affected gave evidence of various complaints submitted to the Department of Consumer Affairs (DACO), which have yet to be dealt with.

Likewise, Attorney Modesto Begas, the legal representative of the owners of Estancias de Aragón, stated that there is a lawsuit pending in the Ponce Court of First Instance in which they are asking for the suspension of the board’s actions.

Meanwhile, the spokesperson for the Estancias de Aragón and Ponciana condominium, Juan Howe, denounced an alleged fraud scheme by some board members, specifically the Torre de Oro building, in which they allegedly disbursed more than $30,000 illegally.