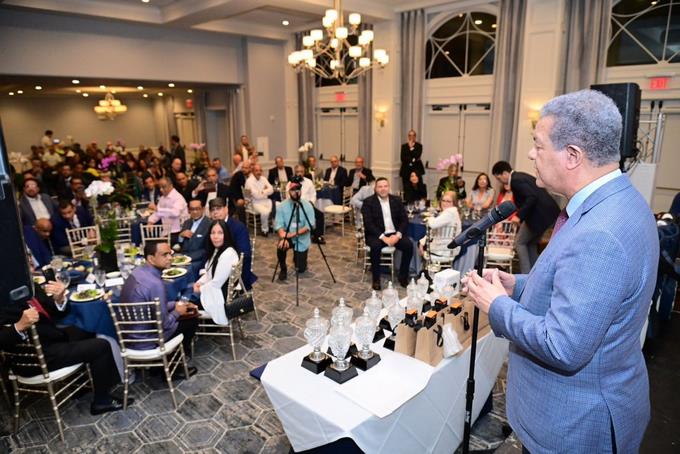 Four former presidents of Latin American countries, heads of regional organizations, various academics and experts will discuss the future of the region starting Thursday at the third edition of the Global Forum for Latin America and the Caribbean, to be held in New York.

The forum, which will hold its discussions between next Thursday and Friday, will bring together former presidents of the Dominican Republic, Lionel Fernandez; Ricardo Lagos from Chile; Ernesto Samper from Colombia and Laura Chinchilla from Costa Rica.

The former presidents will exchange six discussion tables with the Secretary-General of the Organization of American States (OAS), Luis Almagro, and the Executive Secretary of the Economic Commission for Latin America and the Caribbean (ECLAC), Alicia Barcena, as well as with a group of senior professionals.

Leonel Fernandez, President of the Dominican Republic, who has held three times, who will open the Forum and participate in several episodes, explained that the purpose of the meeting is to promote a space for pluralism, where thinkers, researchers, academics, statesmen and important actors in the region and the world will discuss issues of greatest concern and their impact on population.

“This forum is more relevant today than ever because for the first time it will analyze the situation in the region in times of COVID-19, how this pandemic has affected the countries of the Western Hemisphere, and the challenges they face to continue their social, economic and democratic development agenda,” Fernandez said in a statement. , while consolidating its position on the international agenda despite the crisis caused by the pandemic.”

The main discussions will revolve around the economic and social repercussions of the pandemic in Latin America and the challenges associated with this crisis, in particular the increasing financial pressures affecting the public accounts of many countries in the region.

It will also address the electoral cycle that will open in the region in 2022, the year in which elections will be held in Costa Rica, Colombia and Brazil, and Chile is also expected to hold a referendum to approve a new constitution.

In another panel discussion in which Luis Almagro is expected to participate, the mechanisms of solidarity and regional cooperation will be discussed; As the four former presidents conclude the two-day meeting with a look at the future of Latin America in a global context.

It is also organized by the International IDEA, whose Secretary-General, Kevin Casas Zamora, and its Regional Director, Daniel Zovato, will participate in the meeting.

Other institutions, such as the Economic Commission for Latin America and the Caribbean and Columbia University’s Institute of Latin American Studies (ILAS) are involved as collaborators.

The first editions of the Global Forum were held in 2018 and 2019 in New York, but the following year was not held due to the pandemic.

This third edition will be held in person, although its six panels will also be broadcast live on the social networks of the organizing institutions.

See also  This is how athletes around the world celebrate Christmas