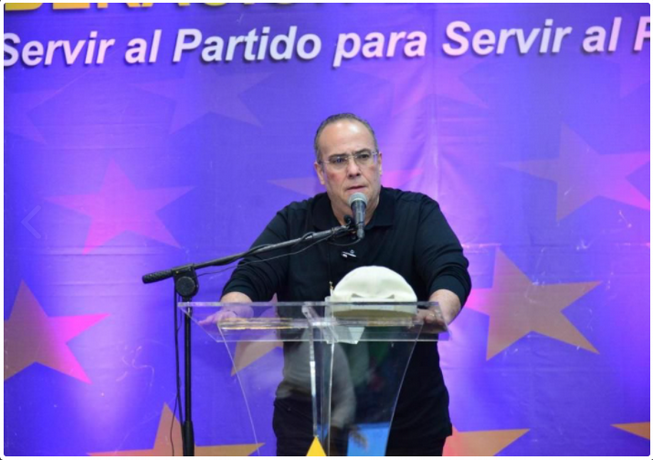 The Secretary-General of the Dominican Liberation Party, Charles Mariotti, expressed his appreciation for the participation and optimism shown by the various activities of the party, which in his opinion reflects the “strength of organization”.

“He is ready to confront the attacks against him and give continuity to the internal agenda aimed at reorganizing and strengthening the party,” Mariotti said in a press telegram from the Purple Party Communications Secretariat.

Mariotti spoke at the forefront of the preparatory assembly for the start of the second phase of the implementation of the new organizational and electoral line, which the movement set up in the middle of Saturday morning at its national home.

In his words, Mariotti highlighted the work of the PLD’s coordinators in the provinces and municipalities, who were called to fill a transcendent role in reorganizing the party, forging the necessary unity and commitment.

“The liaison should take leadership in the designated communities without even trying, not even remotely, to replace addresses,” Charles Mariotti said when introducing the assembly on Saturday.

Together with the Secretary-General of the Democratic Liberation Party, the Vice-Presidents of the Democratic Liberation Party, Timstocles Montas and Juan Ariel Jiménez, about 23 members of the Political Committee, which connects the provinces and members of the Committee for the Implementation of the Organizational and Electoral Line, participated in the meeting Rubén Bechara, Danilo, Diaz, Armando Garcia and Johnny Pujols. And Andrés Navarro, Milano Paredes, Marino Colante, Humberto Salazar and Milton Ginebra.

See also  AMLO. Relations between Mexico and Honduras will continue to twinning