Members of the Afghan women’s robotics team arrive in Mexico 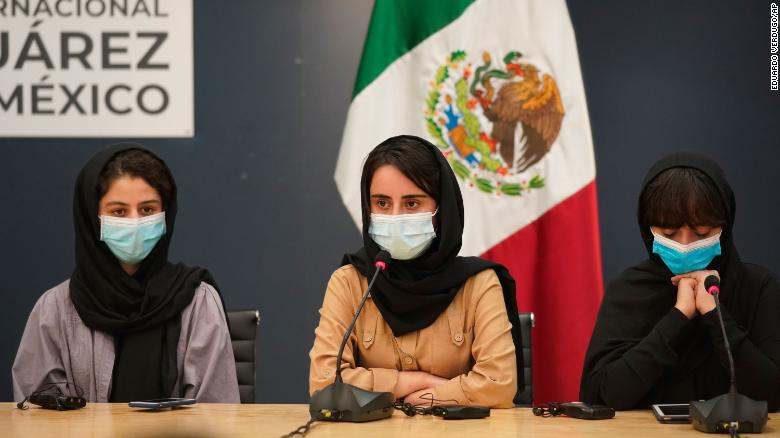 Countries with the largest gender gap in the world 0:44

(CNN) – Five women from Afghanistan’s famous robotics team arrived in Mexico on Tuesday after the Taliban took control of the country.

Martha Delgado, undersecretary for foreign affairs and human rights at the Mexican Ministry of Foreign Affairs, said at a press conference on Tuesday.

A frantic Western evacuation at Kabul airport accelerated after the Taliban announced on Tuesday that they would no longer allow Afghans to be evacuated. Meanwhile, US President Joe Biden has made clear that his goal is to meet the August 31 deadline to withdraw troops from the country.

Many of those who have fled the country since the Taliban seized power have been educated, especially women. The last time the Taliban ruled, women were prevented from working and attending schools and universities.

Authorities say five women from the famous robotics team have arrived in Mexico.

“In accordance with the tradition of solidarity and with the Mexican government’s feminist foreign policy, we have made many diplomatic efforts to create a safe passage that will allow us to bring them to Mexico,” Delgado said. We warmly welcome you to Mexico.

Delgado said the women will receive a humanitarian visa for up to 180 days, after which they may have the option to extend.

Delgado said a Mexico-based organization, which he did not name for security reasons, is providing free accommodation, food and basic services to team members.

“We are very happy to be here, it is a great honor for us that the Mexican government honored us with our presence here and saving our lives,” team member Fatima Kadriyan said at the press conference.

“From now on we will have opportunities to make more achievements in our lives, and therefore we will be part of the struggle for a better life,” Qadriyan said. “Even if we are far from our homes we will always be united and with your help we will make it happen, thank you very much, we really appreciate having everything we have here in Mexico with us.”

According to the Qatari government, several other team members have previously been evacuated to Qatar.

The team received global attention in 2017 after they were twice denied entry to the United States to participate in a robotics competition, until former President Donald Trump stepped in.

The team gained more recognition for creating ventilators made from auto parts used to care for COVID-19 patients.