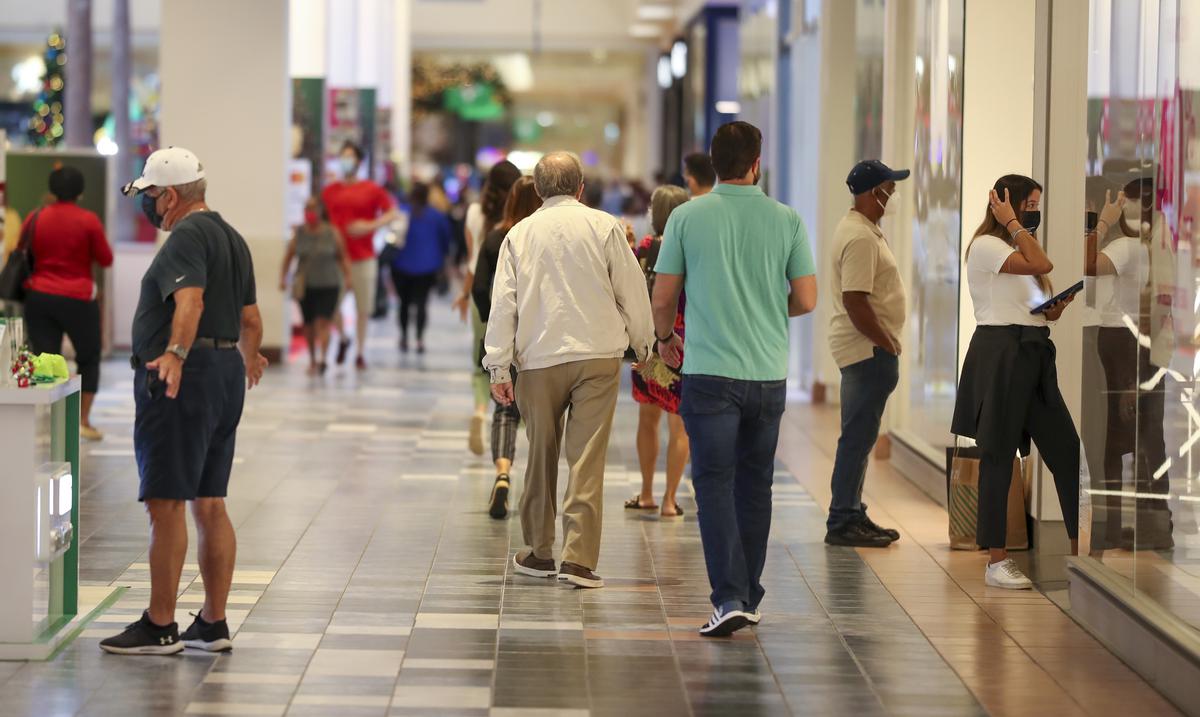 Shops and carts continue to open in Plaza Las Américas and Plaza Del Caribe, just in time for the Christmas season.

Russian Charlotte It reopened at Plaza Las Américas under new management in an area of ​​approximately 10,000 square feet, on the first level of the boardwalk between Old Navy and Macy’s in the mall. Russian Charlotte Offers women’s clothing, accessories and shoes at affordable prices.

Similarly, 6 new trolleys have been integrated into the shopping center in addition to the stores Macy’s Backstage y Tesla and service center MCS. The new gigs, which provide entrepreneurship and growth opportunities for small and medium-sized merchants, are Sun, Bonfly, Pachanga, Passione, Saloved, s CXC. On the other hand, the Knoop and Angelus carriages have opened in Plaza Del Caribe.

Sully, It is located on the second floor in front of Ego Shoes, It is a concept for selling hairdressing equipment at home that includes irons, dryers and tongs. BonflyFor its part, it sells modern and attractive products for dogs such as collars, leashes and belts. This camper is located on the first floor, in the driveway between JCPenney and Macy’s. Pachanga, It is located across from Starbucks on the first floor and the Passion, Located on the first level between Central Atrium and JCPenney, there are two wagons offering pashminas, scarves, gowns, and accessories. Pashion also has its online store, on the second level, next to Marcelo Amado. saloved It is an innovative product concept Convention on Biological Diversity Which includes groceries, drinks, creams and lotions for pain management and cosmetic procedures that are on the first level between JCPenney and Macys. CXC We also set up a wagon in PLAZA and they offer designer clothes in silver and gold pigeons. The latter is on the second level, in front of Amado Amado.

“In the business ecosystem of Plaza Las Américas and Plaza Del Caribe, we offer business opportunities for all types of entrepreneurs,” said Rafael Ruiz-Comas, Corporate Leasing Director at Empresas Fonalledas. These opportunities expand in the Christmas season as we have temporary kiosks selling cakes and seasonal produce to traditional farmers and artisan markets, which are part of our community contribution. Offering short and medium-term rental options, the buggies have proven to be an excellent laboratory for entrepreneurs who want to test the reception and operation of their products before investing in a long-term business. Finally, we have commercial concept online stores already established and where we offer a healthy balance of local concepts, with other national and international ones.

In the Plaza del Caribe, open a cart from the store sapphire, In anticipation of opening its mall store in the first quarter of 2022. Zafiro, which offers modern men’s merchandise, including the Psycho Bunny brand, has her cart on the first level of the arcade from Central Lobby to Macy’s, and the store will be located in the same aisle. As he opened the cart button, located on the first floor in front of Victoria’s Secret, with a display of collars, leashes and belts so pets can be home in fashion.

Another new facility in the mall is the concept Angelus prayer, who operate a cart that sells shoe cleaning products, especially athletic shoes.