Normal persons can carry up to 5,000 Cuban pesos when entering or leaving Cuba 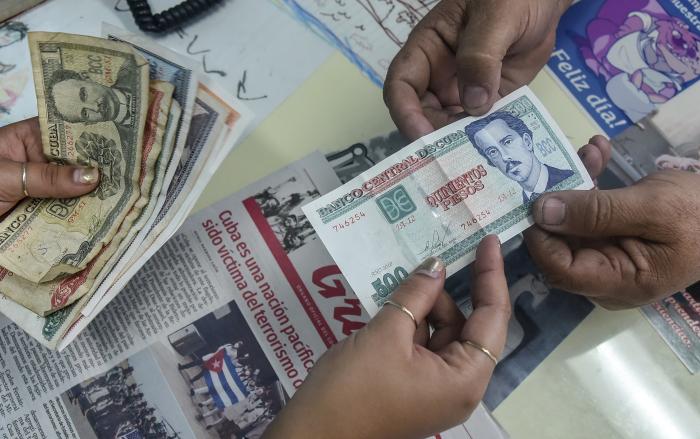 The Official Gazette of the Republic of Cuba, in its extraordinary issue No. 28, dated April 12, 2022, was published No. Resolution 79/2022 of the Central Bank of Cuba (BCC)which regulates, for natural persons, the limit of the Cuban peso in cash and other means of payment or credit bonds that may be imported and exported upon entry and exit from the national territory.

The new regulation states that natural persons may, upon leaving and entering the national territory, export and import amounts not exceeding 5,000 Cuban pesos in cash, checks, bills of exchange, promissory notes or other instruments of payment or credit. International banking practice.

The resolution also stipulates that the import and export of Cuban peso pieces and samples of a monetary or genetic character that have been stripped from circulation, is subject to specific rules.

Likewise, the entry and exit of the Cuban peso in cash as a consignment by mail, air and sea, by any denomination or other means of payment or credit notes used in international banking practices is prohibited.

According to the provisions, that institution has the right to implement the powers entrusted to it with the aim of controlling cross-border inflows and outflows of funds, in addition to preventing and avoiding the use of the banking and financial system in illegal activities, including money laundering. The financing of terrorism and the proliferation of weapons of mass destruction.

Finally, the document states that the penalty of confiscation will be applied to natural persons who do not comply with the provisions, in accordance with the provisions of the customs legislation, without prejudice to the civil and criminal actions that may occur.

can be downloaded Here is the newspaper