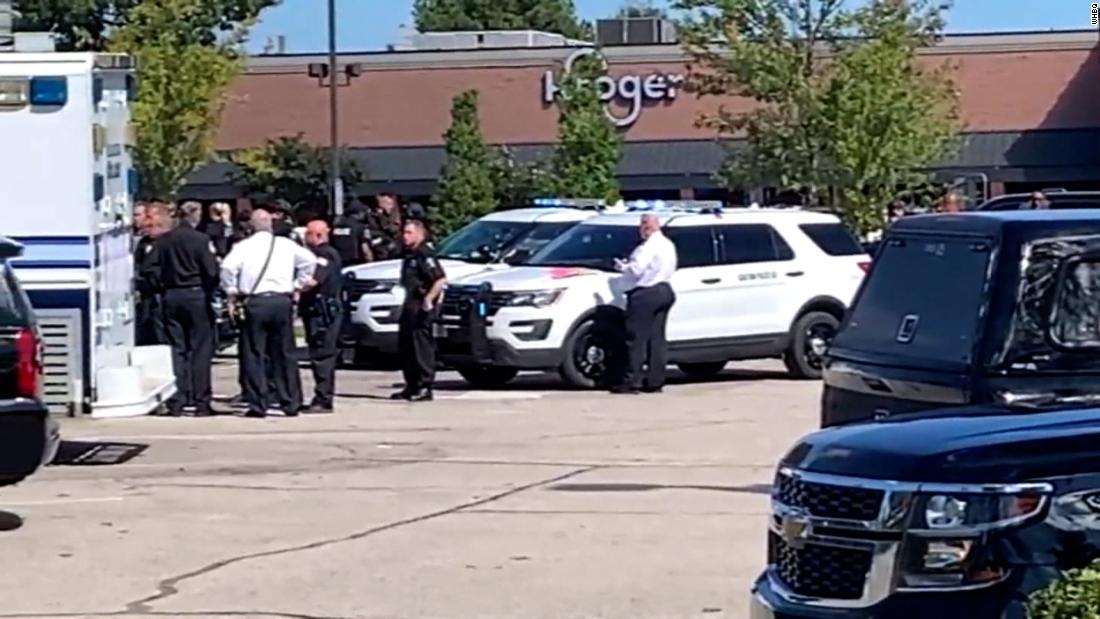 (CNN) – Law enforcement officials say at least one person was killed and at least 14 were injured in what became known as the Croreville shooting in Collierville, Tennessee, Thursday afternoon.

Lane told a news conference that 12 people had been injured, but city spokeswoman Jennifer Casey updated the total to 14.

A Groger employee told CNN affiliate WMC that he thought it was “popping balloons” when filming began.

While Brignetta Dickerson was working on the cash register, he said filming began in the tele section.

She told WMC she ran to hide with some of her co-workers, but the shooter came up behind them and started firing.

Dickerson, who has worked at Crocker for 32 years, said she was fine, but was a little scared.

Police have responded to a 911 call about a shooting at Groger in Collierville, Tennessee.

Spokesman Kimberly Alexander told CNN that at least one patient was taken to Baptist Memorial Hospital in Collierville. However, he did not provide any information about the patient’s condition.

Casey told The Commercial Appeals newspaper that he did not know the extent of the victims’ injuries.

At 2:30 pm Miami time, a 911 call was received about a sniper in Crocker. The first patrol of the department arrived four minutes later and other units began to flood the area, the police chief said.

When officers entered the store, they found the gunmen. A SWAT team, patrol officers and other members of the command staff went from hall to room and room to room, pulling out staff who were in hiding and assisting the injured victims, Lane said.

Many employees were found trapped in freezers or offices. “They do what they are trained to do: run, hide, fight,” Lane said.

The police chief said he was part of a group that picked up a crook employee from the top of the building.

“At the moment, we are still working on one or two active shots. The shooter’s vehicle is in the parking lot and we are waiting for some additional equipment to arrive so we can safely search the vehicle and some of the belongings he has,” the police chief said.

The Memphis police tweeted Who went to the shop on 240 New Baihalia Road to help.

It is a growing story and will be updated.

Steve Almasi contributed to this report.