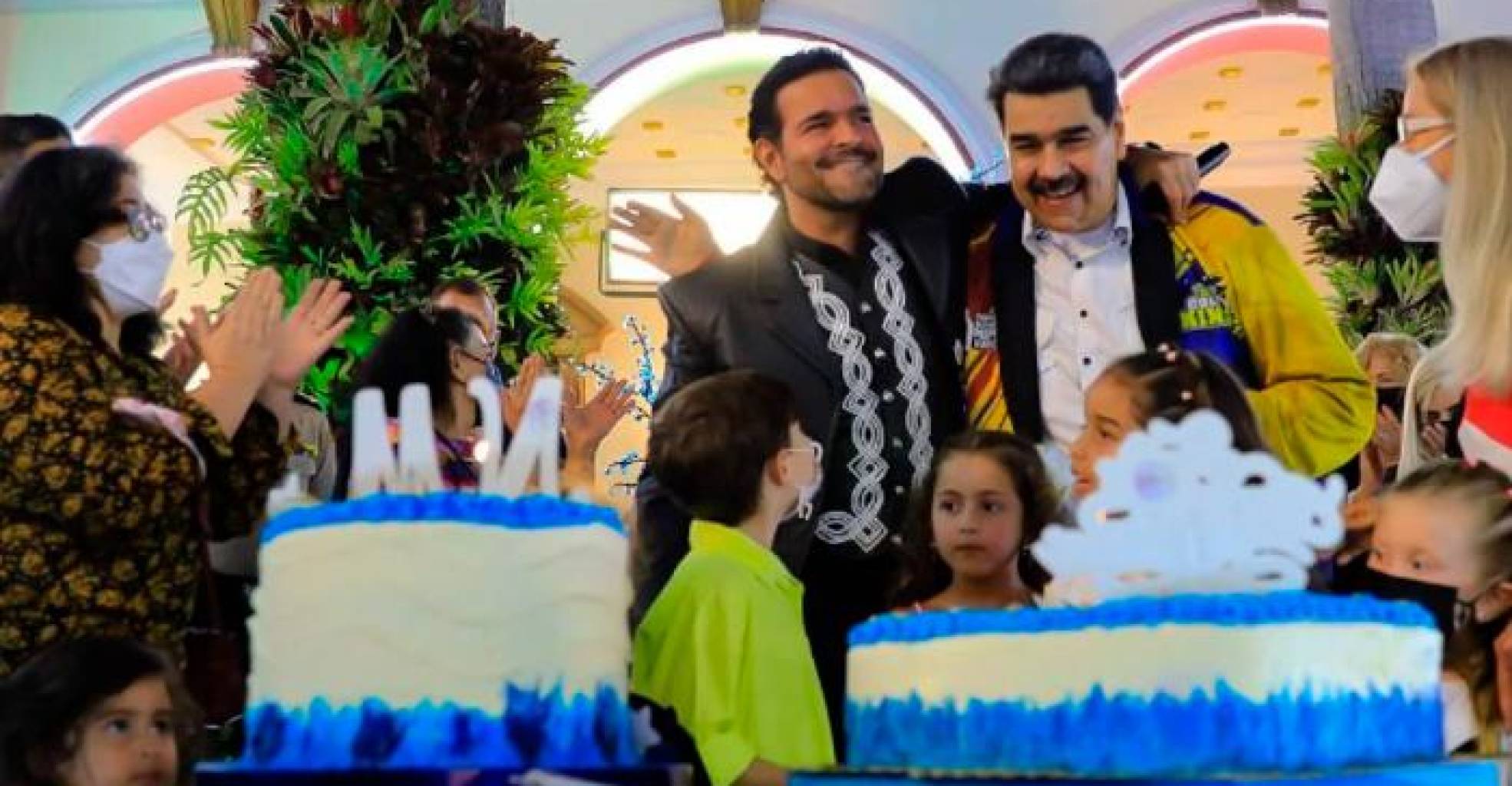 Famous mexican singer and actor Pablo Montero In trouble in his country, after he sang to the President of Venezuela, Nicolas Maduro. This causes the artist’s contracts to be cancelled.

Montero’s actions are called into question by the poverty and political crisis that the South American country is going through, after Maduro took power, which has caused millions of Venezuelans to leave the country.

A video clip showed Monteiro singing “Las Maganitas” to Maduro on Tuesday of this week on his 59th birthday. Critics of the artist claim that while the South American country suffers from hunger and a shortage of medicines, the president, whom they call a “dictator”, “spends a fortune on events such as his birthday.

In the face of criticism, Monteiro defended himself, claiming that he attended the concert as just another artist and that he sings where he is assigned.

“Regarding my presentation at the Miraflores Palace in Venezuela, where other singers were also present during an event for President Nicolas Maduro, I tell you that as an artist I have no party or science other than Mexican music, which is universal, in addition to that Mexican mariachi cultural heritage of mankind.

“I don’t get involved in disputes that might exist in this case in that brother country. I just hope they can resolve it soon peacefully, because of my love for Venezuela,” the singer said.

Maduro posted on his Twitter account several photos of the moment, including a picture of a hug.

But Monteiro’s lawyer, Mariana Gutierrez, revealed that the singer and actor acted behind his back and found out when the criticism erupted.

“He handled the matter very discreetly, and he didn’t tell us anything about it. It’s an issue he wanted to deal with as such. No, we didn’t know yet that all these issues had happened and we’ll see how we’re in the process of dealing with them,” he said on the Mexican TV programme. first hand (Imagen TV), reviews the portal of the magazine People in Spanish.

Added: “The cancellation of contracts and events on this issue that he went to sing to President Maduro in Venezuela has already begun. As it is a matter of international politics, it is clear that there were certain consequences in this regard”, added.

With much love she welcomed the Mexican singer and actor Pablo Montero at the Miraflores Palace. Thank you for bringing the power of Mexico to us and singing these songs to me and all the Venezuelan people. The doors of Venezuela will always be open to you, Pablo. pic.twitter.com/k7vJa3Gchb

The lawyer defended Monteiro and said she did not want to offend anyone. He also revealed that the situation is worrying him.

“I want to make it clear that the only interest Mr. Montero has always had is to represent the Mexican ranchero music in the world and that people know it and can enjoy it. In fact, he didn’t do it with bad faith faith, they hired him and he sings wherever people ask.”

According to Mariana Gutierrez, Pablo Monteiro is “very concerned about his Mexican audience, the media, and contracts” and will seek to rectify this situation in the best way possible, the publication said.

See also  AWE Double or nothing results: Omega needs all his belts to retain