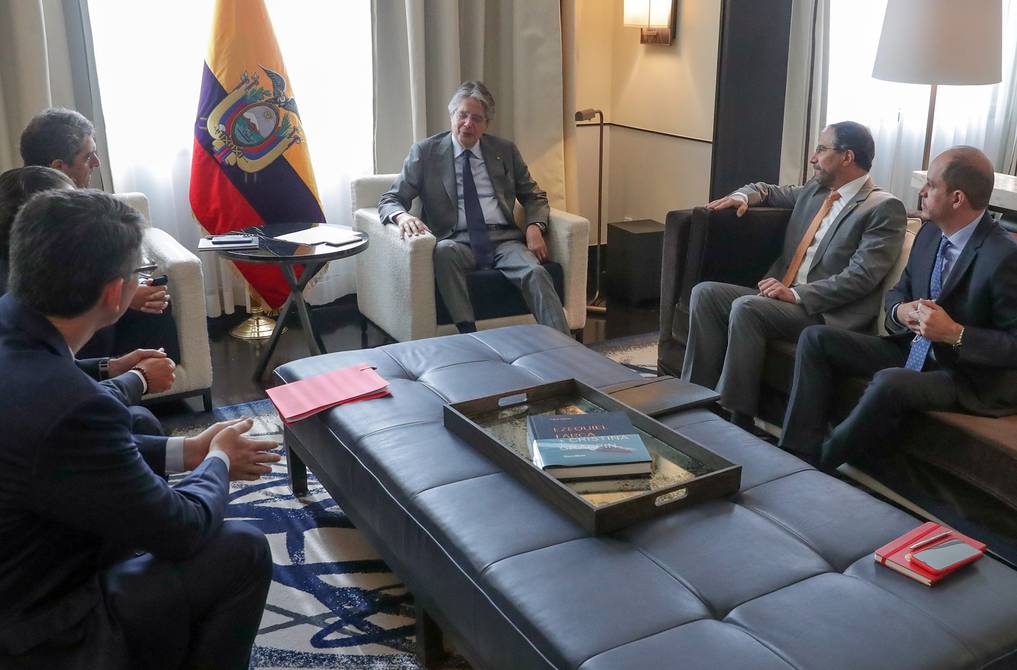 He met his counterpart Andres Manuel Lopez Obrador and other great Mexican businessmen.

Ecuador’s President, Guillermo Laso, left Thursday for his country after a four-day tour of Mexico, where he met his counterpart Andres Manuel Lopez Obrador and top Mexican businessmen.

“See you soon, President Guillermo Laso! We will continue to work together to strengthen cooperation projects in strategic sectors and strengthen our relationship,” Maximiliano Reyes, Mexican Under-Secretary for Latin America and the Caribbean, said on Twitter.

The Ecuadorean president took off from the Mexican capital’s airport with his wife, Maria de Lourdes Alcivar.

Lasso arrived in Mexico on Monday at the invitation of Lopez Obrador to participate in the celebration of the 200th anniversary of the signing of the Treaties of Córdoba, the keys to Mexico’s independence.

The event took place on Tuesday in Veracruz, after which the two presidents held a private meeting that was on the table over a possible free trade agreement between Ecuador and Mexico, as well as the Andean country’s accession to the Pacific Alliance.

Similarly, on Wednesday in Mexico City, the Ecuadorean president met with the president of the Mexican multinational FEMSA, Jose Antonio Fernandez, and executives from Arca Continental, the distributor of Coca-Cola.

“In Mexico, we held meetings with business to discuss the importance of generating investment and strengthening trade relations. Ecuador is open to the world to create opportunities!” Lasso said on Twitter.

The Ecuadorean leader’s visit comes days after the Mexican government temporarily suspended issuing visas to Ecuadoreans, arguing that they were entering for a “different purpose” than what is permitted.

During the tour, Lopez Obrador of the left-wing Movement for National Regeneration (Morena) and Lasso of the Movement for Creation of Opportunity (CREO) of the center-right put their ideological differences aside.