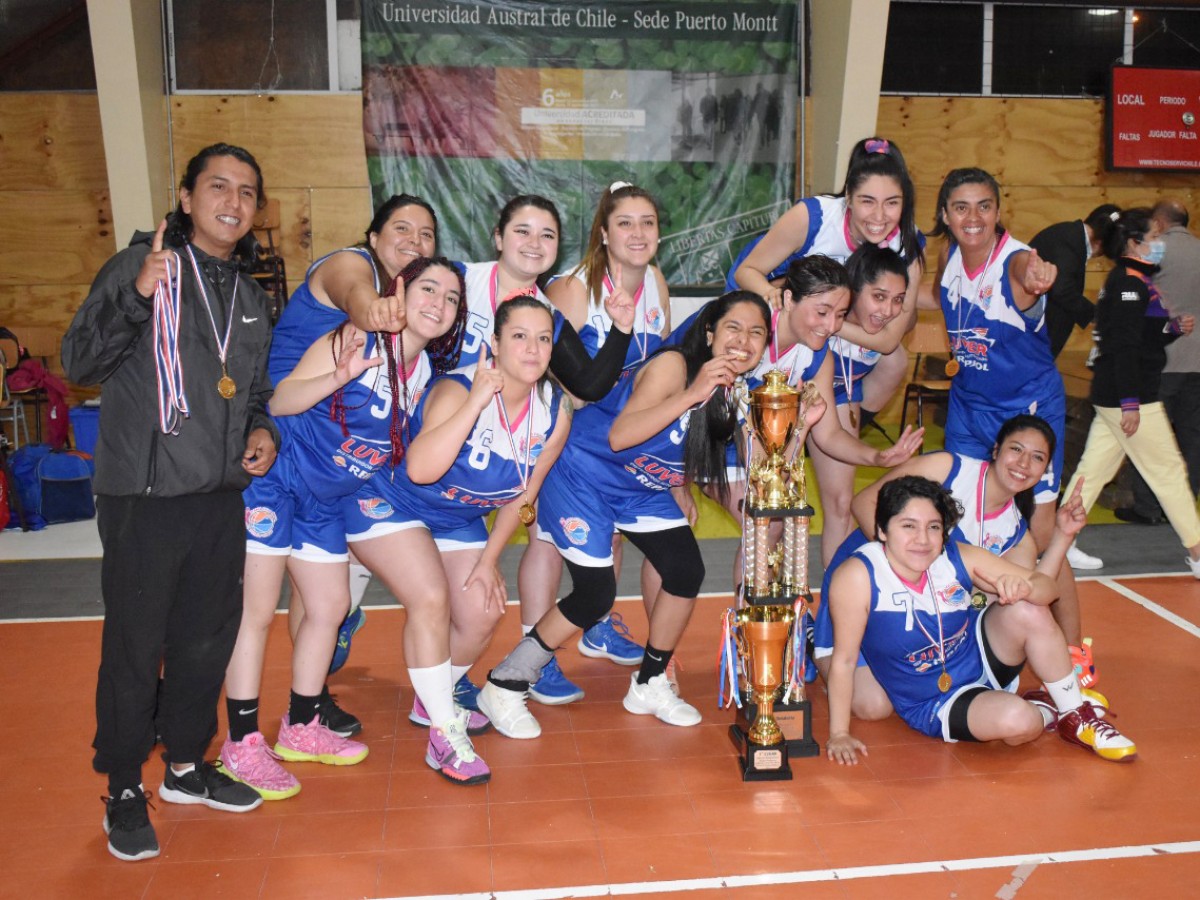 The final was played by the women’s section of Puerto Varas and Austral Basket, and both representatives held an entertaining match, which was always under the control of Puerto Faras who at the Milipoli School Stadium imposed their playing rhythm, which was echoed in many bars that accompanied the champions. The final scoreboard favored the women’s section 54 to 32. For third place, BYAF from Frutillar and Female LIZH faced each other, taking the frutillarinas win, thus taking the third place in the tournament. Smiles did not end the Puerto Rican women’s title, as player Paula Ruiz was honored with the Sportsmanship Award.

The small series of the women’s branch has also seen activity in recent days, last Wednesday at the Melipulli School Court they visited the LIZH Female and were able to emerge victorious in the U13 and U15 classes, adding to the previous victory of the U18 Series ensured that the Puerto Varas Women’s branch attended the final race of all Competitive series. The club also noted: “It is an achievement that the club that has been in its formation a little more than a year can compete at the level that it does, our players have great potential and with the support of other entities, as a club we have been able to strengthen the work, and in this sense we thank the municipality of Puerto Varas, and the Inmaculada School Concepción and Escuela Grupo Escolar who gave us spaces to practice sports, and favored the development of sports for our players.”

After their match with LIZH, the U13 series had to prepare to participate between December 9 and 12 in the Magallanes Cup organized by Spanish club Punta Arenas. There they will meet strong teams such as Español, INACAP and UMAG from Punta Arenas and Madre Paulina from Puerto Montt.