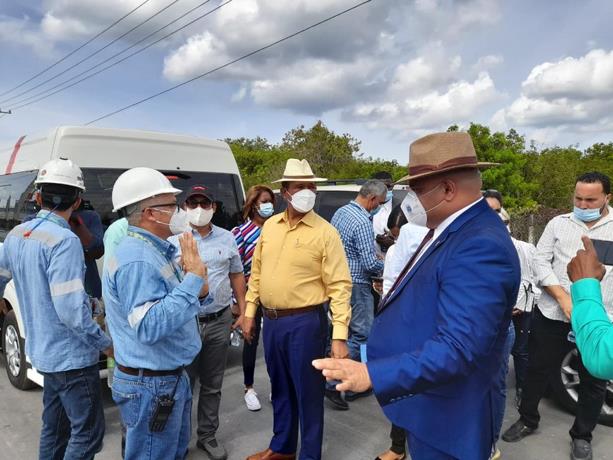 Yesterday, the Punta Catalina administration denied the energy park’s entry into the Senate Environment Committee of the Republic, which will work to reduce ash deposition from this coal-fired plant.

Senators arrived in Punta Catalina around 8:00 AM in order to tour the interior to inquire about the potential pollution of this energy park and its ash on the environment at this southern demarcation.

After a wait of nearly two hours in front of the entrance door of this factory, the senators were informed that they would not be allowed to enter, as they lacked the required permission from the administration.

The Committee is composed of Senators Hector Acosta from Mgr. Noel. who chairs it, Lenin Valdez, Monte Plata, Vice President; Antonio Martí, of Santiago Rodriguez and Melcias Frangol, of the province of Peravia, a supporter of the decision to go down to Punta Catalina.

A military cordon, reinforced with security at the entrance to the power complex, prevented senators from passing through.

They and the Senators wanted to enter Punta Catalina on this private visit; Environmentalists, civil society groups, farmers in the area, and a representative of the Catholic Church, from the Cathedral of Our Lady of Regla de Bagni.

Senators Acosta, like Melquiades Frangul, Antonio Martí and Lenin Valdez, rejected the procedure of administering Punta Catalina and asserted that “the response to this insult to the first authority of the state will come from the Senate itself”, as quickly as possible.

In recent months, large sectors of the country have questioned contracts for Punta Catalina’s construction, operation, ash generation and eventual deposition, as well as recent demands to convert it from coal to natural gas.