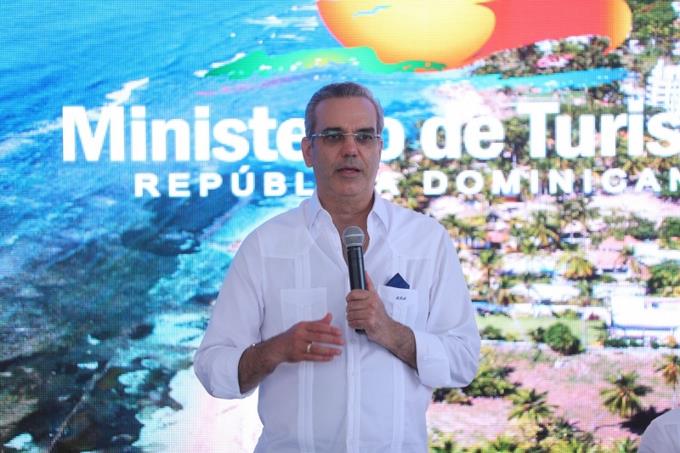 On Saturday, the President of the Republic, Luis Abenader, announced the reconstruction and adaptation of Plaza de Vendors and Playa de Guayacanes, with an investment of 111 million pesos.

Presiding over the initial pie for this project, the President indicated that 16 “food units” will be constructed with all the necessary equipment, in addition to the construction of roads and sidewalks.

In this sense, he explained that with the reconstruction of this tourist area, the goal is to achieve two goals in the country: “economic recovery and economic re-launch”, as well as improving the location of the tourist area.

“An example of that I’m talking about is this project in Guayacanes, with the beautification of public spaces to improve the tourism offer in the region, creating economic activity and generating added value and job opportunities,” the president said.

On the other hand, the head of state also set the first deadline for the construction of El Soco Photovoltaic Park, which will have an investment of 93 million US dollars and will create about 450 direct jobs and more than 100 indirect jobs.

He explained that in this installation phase, direct employment opportunities are being provided to more than 500 people and from its inception it will also have local employees, including executives, technicians, operators and workers.

He estimated that the park’s production will exceed 130 gigawatts annually, which means a saving in carbon dioxide emissions by more than 53 million tons, and thus will contribute to reducing the country’s dependence on fossil fuels to produce electricity.

This project, led by Bas Corporation and Dominion, contributes to the country’s commitment to increasing its capacity to generate green energy, as well as the Paris Summit guidelines on climate change and the reduction of carbon emissions.