The government withdraws the proposal to reduce the funds for the parties and will grant them 1,200 million reais this year 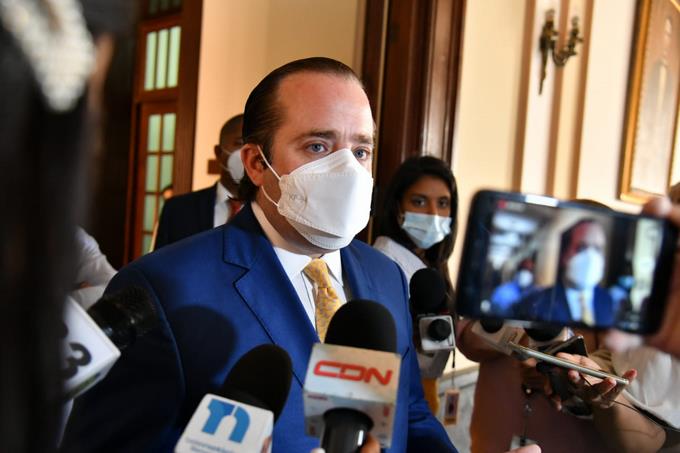 The government announced this afternoon that it will accept the request of the Central Electoral Council to keep the distribution of funds from political parties without deductions.

The Administrative Minister of the Presidency of the Republic, José Ignacio Paliza, said that neither the government nor the modern revolutionary party (PRM) are seeking any political gains from the proposal to cut the budget of political organizations by 50% for this year.

“I want it to be understood, that the country can understand, and other parties can understand, the nature of the position of the government and the modern revolutionary party: it was not intended to seek any political gains but to contribute to a special moment that it lived in the Dominican Republic.”

He emphasized that the government is not in a mood to contradict other opposition parties or the Central Electoral Council.

“However, it is not in the government’s spirit to contradict or enter into confrontation with other opposition parties, let alone the new Central Electoral Council which has a dissenting opinion in this regard,” said the minister, who is the head of the PRM.

The minister explained that President Louis Abender proposed the reduction to the parties, taking into account the situation in the country due to the Coronavirus epidemic, to address other national priorities. ”The President of the Republic, assuming that we live in an exceptional situation in the center of the country. The pandemic is understandable and we from the party support it so that we can all be able to Make some sacrifices in order to address the national priorities that were present, “Palisa explained.

See also  Abenader explains the suspension of visas to Haitian students: "I have to protect the country and make sure that no gangsters enter"

He noted that this money will be used to build the expansion of the Autonomous University of Santo Domingo (UASD) in Santo Domingo Este, “which is also commendable and the whole community saw this with good eyes.”

With this decision, the Dominican state will grant political parties 1,200 million reais in this non-electoral year. The government’s proposal was to reduce it to 630 million, in order to use the remainder in building an extension of the Autonomous University of Santo Domingo (UASD).