The local under-14 team will travel to Brazil to compete in December: the basketball team of the German school in Puerto Varas will represent the country at the South American school 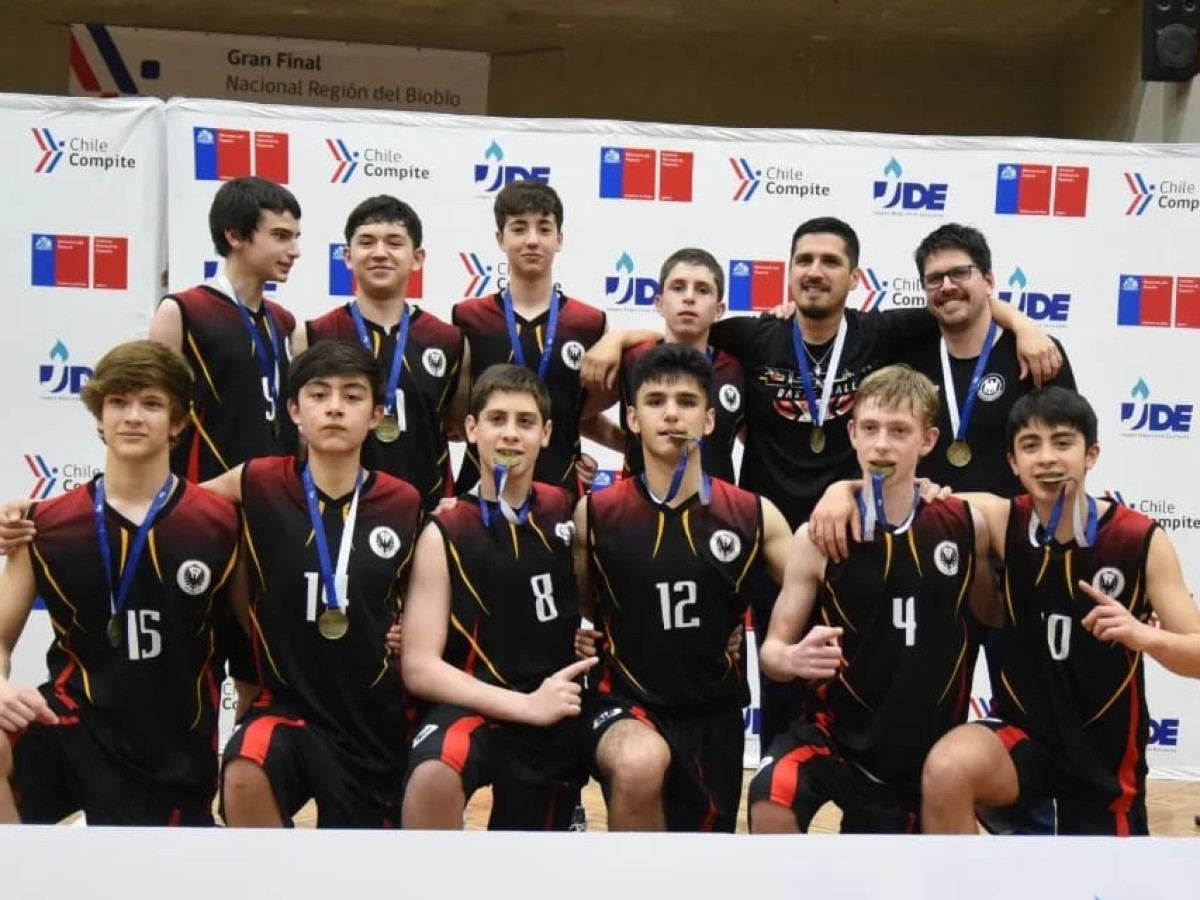 The young athletes secured a deserved victory, facing the metropolitan area team represented by the students of Colegio Lincoln de Huichuraba, as Los Lagos crowned the champion of the competition with a score of 63 to 59.

The winning team also featured three individual awards, Francisco Saravia was selected as the best support base and also won the Player of the Tournament trophy. Similarly, Matthias Hitzchfeld was named the best striker of the competition and both players were in the perfect quintet for this national.

“It is a historic achievement for our school, for the first time we were able to qualify for JDE National School and get this win is impressive. The fruit of the work, the many hours of training and the ability to put together a very unified group. Especially in the final stages,” said Florencio Vargas, DSPV coach.

With this achievement, the German School of Puerto Varas qualifies to represent our country in the South American School that will take place this December in Brazil.

Prior to the above, the German Puerto Varas School won the Regional Under 14 Basketball Tournament held at the Gymnasium in Puerto Varas, in which the schools of San Javier de Puerto Montt and Madre de Dios Dios participated. the strawberry.