The Peat of New Ideas intimidates journalists into questioning Henry Flores, the mayoral candidate for that party 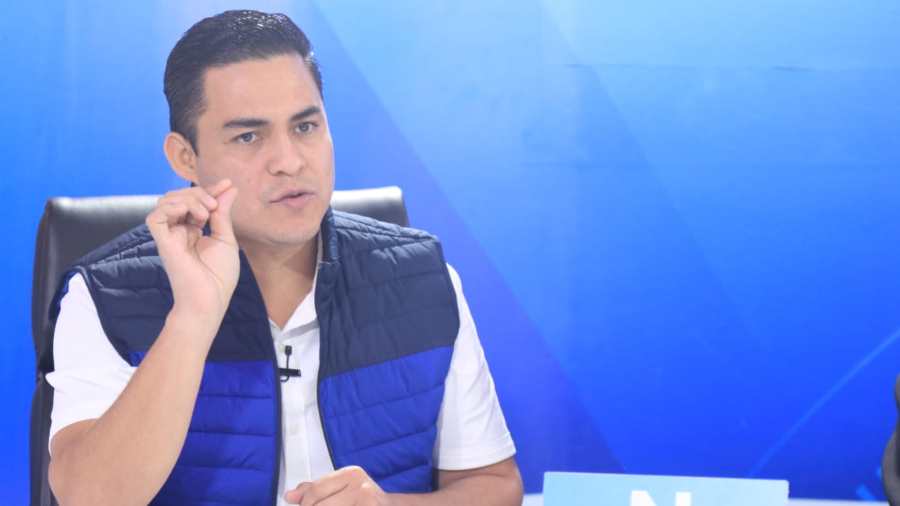 The group of people shouted “Corrupt” at the journalist who asked Flores about two cases against him.

“Overseas, corrupt journalist, outside, corrupt journalist,” about 25 New Ideas fighters shouted at a journalist from El Diario de Hoy in a threatening tone, after they questioned the candidate for the mayor of Santa Tecla, La Libertad, about the ruling party, Henry Flores in two cases.

The intimidation of a crowd of Nueva Idias, who often wore the uniform of the Santa Tecla mayor’s office, toward the journalist pushed him to leave the site to avoid some kind of aggression, but amid shouts of “corrupt journalist, be a corrupt journalist.”

You may be interested in: Judge Wellman: The government has threatened the media not to renew the hesitation if it does not report the spots stopped by TSE

This incident occurred within the framework of the arrest petition filed by Flores against the mayor of Santa Tecla, Roberto Dupuisson, for alleged violation of an order issued by the Administrative Court to reinstate several dismissed municipal employees. The request has been submitted to the Public Prosecution Office.

Flores also denounced him for defamation because, according to him, D’aubuisson devoted himself to posting on the networks, a video in which a couple arguing while drunk, but according to the New Ideas candidate, the mayor asserts that it is the flowers.

However, Flores has not provided any evidence to support his complaint against Duaubuisson.

There is also no post in any party network from D´aubuisson or ARENA that the mayor indicated Flores is the one who appears in the video.

When asked about the reason for the lawsuits filed against him for fraud and intimidation, Flores tried to evade the case by holding newspapers responsible for “fabricating” the cases.

Flores, who no longer wants to answer other questions about the lawsuits, has withdrawn, said, “These rooms that newspapers devoted themselves to writing, because newspapers also serve the ARENA party, they serve the Farabundo Martí National Liberation Front.”

In June 2013, he was arrested for allegedly threatening an employee of the National Registry.

The case reached the courts, but Flores did not comply with the procedures that the Quinto de Paz court imposed on the victim. On that occasion, reconciliation with the abused woman failed due to Flores’ failure to comply with court-ordered procedures.

In October 2019, another person reported a serious fraud crime to the Prosecutor’s office.

This is not the first time that the people accompanying Flores have carried out acts of intimidation towards journalists.

On February 7, YSKL radio journalist Manuel Pacheco denounced being a victim of harassment and slander by the New Ideas candidate, Henry Flores and other fighters from the ruling party.

Pacheco said he came to cover a missionary event, but two women who were members of the Nuevas Ideas went out to meet him to take pictures with cameras and cell phones and began persecuting him with the intent of preventing him from doing his job.

“I arrived today to cover the New Ideas event, in Santa Tecla… The two young women saw me right away, went out to meet me and started taking my photos and videos. The journalist said on that occasion,“ They did not stop taking pictures of me and I felt bothered. ”