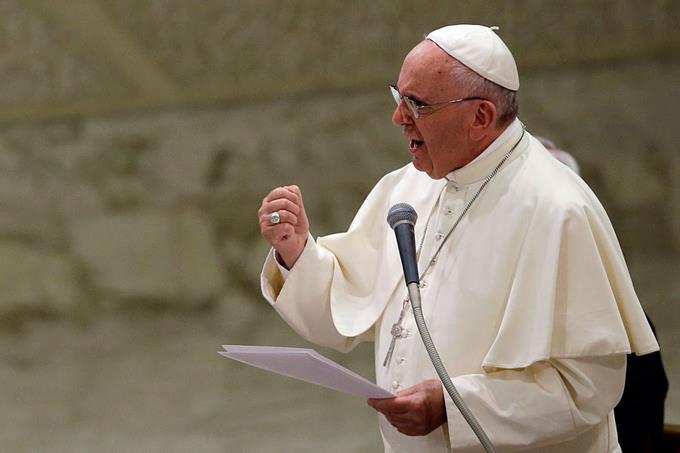 The Pope asked the new priests to move away from “vanity, from pride, from money” because “Satan enters” from the pockets, during the mass that was held today in St. Peter’s Basilica, where Francis granted nine of them a priesthood.

The Pope said to the new deacons, who urged them to be “poor who love the poor”: “Please separate yourself from vanity, from pride in money: Satan enters” from the pockets “, think about that.” Now think of the priesthood as an “ecclesiastical function.”

Thus, he added: “You become responsible” and “when the priest becomes a businessman, whether he is from the parish or from the school, he loses this closeness to the people” and ends up becoming a “businessman, business priest, not a servant.” Priests are “shepherds.”

At the end of the ceremony, which was held from the main altar of St.Peter, the altar of the throne under the Baldachin which had not been used since the beginning of the epidemic, the Pope kissed the rest of the nine deacons.

Then, in a sign of rapprochement, he approached many of the relatives and friends of the new priests who were occupying the first seats of the church.

There, without a mask, Francisco shook hands and spoke to several of them in a relaxed manner, and even combed the hair of some children and the elderly.

Among the nine priests ordained by the Pope, as bishop of the diocese of the capital, Samuel Permarini, the young Italian who jumped into the media in the last days of his own story: he was called up to be a professional soccer player, but decided not to sign for the club that offered him this possibility and the following year he entered School.

See also  New Ideas won 17 mayors out of 19 in San Salvador, according to preliminary results