The top basketball games on Android in 2022 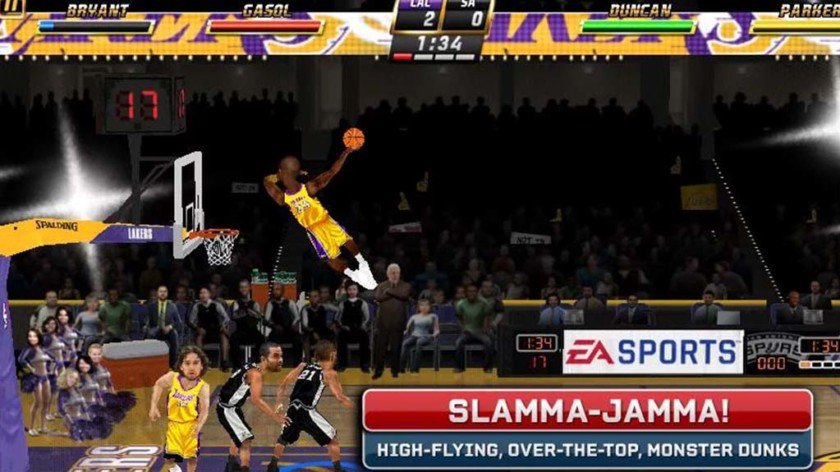 Sports games are an appealing product for many people, particularly on a modern-day smartphone device during a morning commute to work or while relaxing on the sofa in the evening. They’re not only fun and entertaining but smartphone games of this type can be played with ease, as and when it suits you.

For fans of basketball, games based on the sport give them an opportunity to enjoy it in a different format. Of course, watching the end-to-end action on television and attending a fixture in the flesh is hugely appealing, but so too is replicating some of the moves you see by playing as some of your favorite stars from the NBA through a game. Thankfully, given the advancements made in our miniature handheld devices, basketball fans aren’t short on gaming options in 2022. Let’s dive into some of the top options on Android below.

Regarded by many as being the best basketball game to play on mobile, NBA 2K20 is a simulation title with a variety of enticing game modes. The likes of play now, my career, and my GM2.0 will keep you entertained for hours on end as you aim to master the game’s excellent gameplay and score long-range shots with real players. You can even create your own franchise, too.

Bouncy Basketball isn’t the greatest basketball release of all time, but it’s certainly worth sampling if you’ve enjoyed previous hit releases such as NBA Jam in the past. An arcade basketball title, Bouncy Basketball features a range of customizable games where players play four 90-second intervals at a time. This, in turn, means that no chaos-filled game will last more than six minutes. The controls are easy, there are multiple characters to unlock, and you can even customize your character also.

The follow up to the 2015 Basketball Star slot game, Basketball Star on Fire is a casino slot game with a range of appealing aspects for basketball fans. Available to play at Genesis Casino in Canada, the game is played using a 5 reel, 3 row, 25 payline game engine. With its basketball theme perfectly illustrated in the form of cartoon-style visuals, it’s a product well worth tucking into, especially with the addition of its energetic soundtrack as you aim to win real money while having some fun.

We’ve already mentioned NBA Jam, but many people don’t know that the game can be enjoyed on an Android device. The remake of a popular arcade hit, this two-on-two basketball bonanza champions the dirty side of the game. You can shove and steal your way to victory while also dunking and pulling off some outrageous skills. There’s even a campaign mode to get stuck into, too. 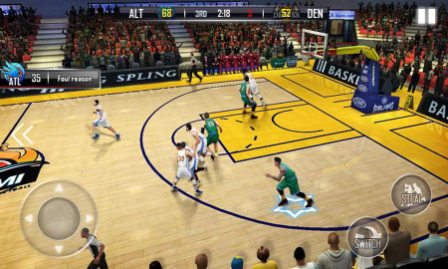 An action-packed release with decent 3D graphics and all-round gameplay, Fanatical Basketball is a blast to play. From jumping into a rapid game to having a session in league match mode, this particular basketball game is incredibly fun to play once you’ve mastered the controls and established your tactics. A five-on-five match is well worth experiencing, too, by the way.

The aim of Five Hoops-Basketball Games is to sink as many shots as possible from a range of different and testing positions. Admittedly, it isn’t the most detailed game on the list, but the opportunity to test your accuracy from a range of locations is a fun opportunity, especially as you have a limited amount of time to pull it off.