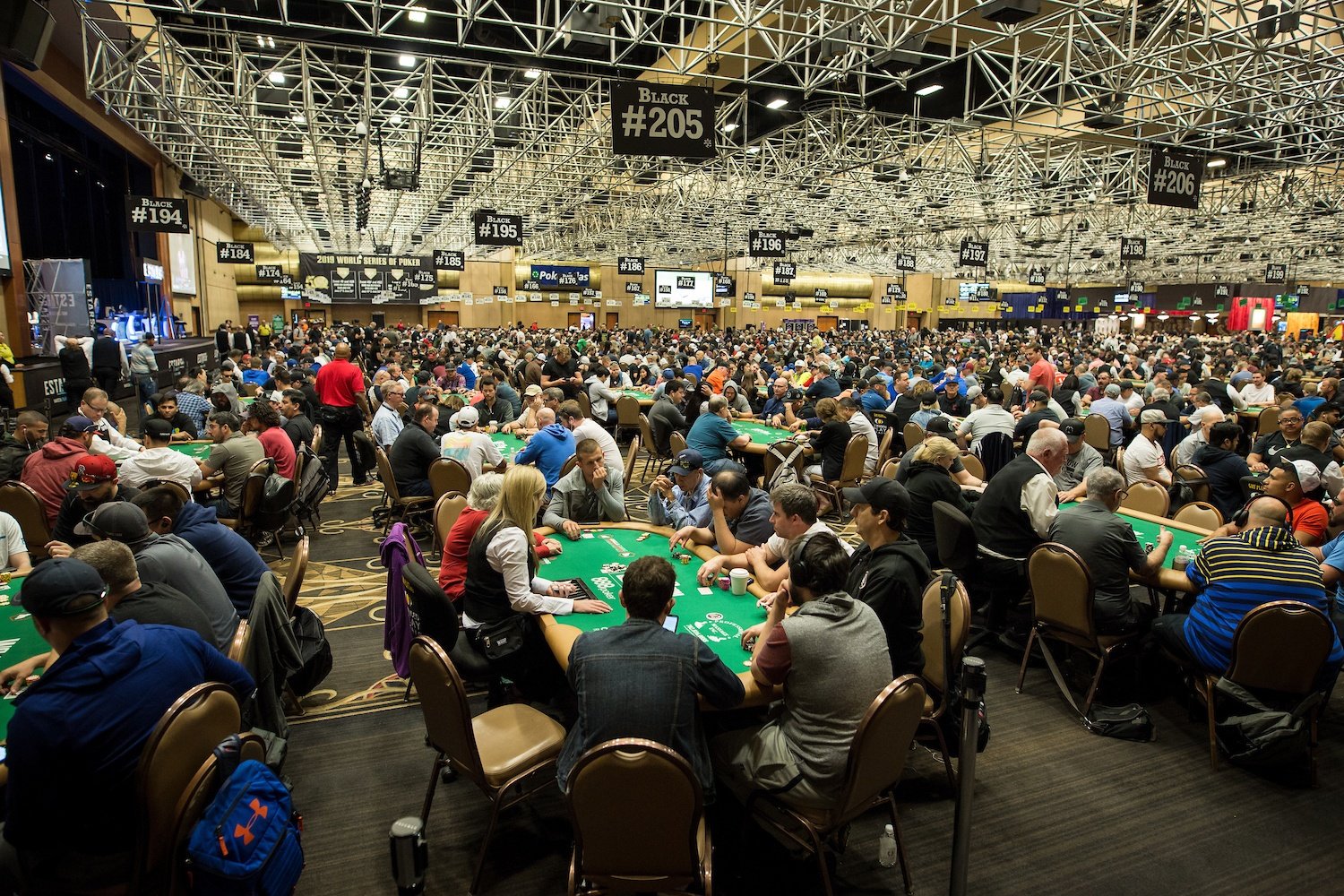 Poker is a thrilling game and you’ll find the tournaments absolutely enthralling, whether you’re playing or just observing. The complexity of some variations of the game makes the players worthy of admiration.

Although poker has been around for a long time, it’s not quite had the exposure it deserves. That’s all changing, however, as poker tournaments become more popular and start introducing the joys of poker to the masses. Celebrities such as Shannon Elizabeth and Tobey Maguire, through their own love of the game, have also helped make poker more popular.

One online operator which is unique for organising poker games is 888 poker, which offers newcomers a variety of different exclusive game modes and affordable buy ins, whether you’re looking to ease yourself in slowly or challenge the best of which the online platform has to offer. If you want to test yourself, try out their multi-table tournaments such as the daily big shot, the Rumble, the Dash, the Voyage and all the other great poker tournaments they have to offer.

Below is a look at some of the biggest tournaments in the world and some of the prize money players can, or have, walked away with.

When it comes to poker tournaments, the World Series of Poker (WSOP) is probably the most famous of them all. The WSOP is into its 53rd series and takes place in the kingdom of gaming, Las Vegas. For 17 years, the tournament has enjoyed a successful run at the Rio All Suite & Casino, but is now moving to Bally’s, the future horseshoe, and Paris Las Vegas Hotel and Casino.

Buy-ins for events can range from as little as $0 for the Tournament of Champions through to $250,000 for a high roller event. As you might expect, the prize money is huge. Some players have walked away from the Las Vegas tournament as much as $10 million better off, not to mention with the world championship bracelet.

The series has seen some incredibly prolific players, who have enjoyed some serious earnings from its tournaments. Canadian Daniel Negreanu is one player who has built up vast earnings, having won $21,109,553 from playing in the tournaments.

Just like the WSOP, Triton Poker is a franchise that holds poker tournaments around the world. In the past, super high roller events have taken place in London, Montenegro and Jeju (South Korea). This year, events will be taking place at the Merit Royal Hotel and Casino, in Cyprus; Casino Sochii, in Russia; and at Bali International Convention Centre, in Bali, Indonesia.

Although it’s not quite as big as the WSOP, it’s still immensely popular because the prize pools are staggering. In the Super High Roller series, as much as $65 million has been up for grabs. Some players have walked away with as much as $23,100,000 for winning the tournament.

The Triton Poker tournament takes place in several locations across the world.

One of the reasons the WOSP is popular is that it’s not purely a tournament for the elites. Anyone who has a decent idea of the way around a poker table and is feeling lucky is welcome to take a shot as long as they can afford the buy-ins.

Montreal and Vancouver are two stops on the tour and some of the buy-ins are less than 500 Canadian dollars, so tournaments at these cities are more than accessible to Canadians who fancy their chances at the tables. These low buy-ins, combined with high prize pools of, in some cases, 1 or 2 million Canadian dollars will certainly make some players feel the investment is more than worth it.

The World Poker Tour (WPT) has been operating for around two decades now and is televised internationally, such is its popularity, making it easily one of the biggest poker tournaments around. Prize money of around $1 million is up for grabs.

The winners of official WPT Main Tour events become members of the WPT Champions Club. Winners of WTP Main Events get to lay their hands on the Champions Cup, on which their name will also be engraved.

Since 2012, Montreal has been hosting two events from the World Poker Tour (WPT) a year. The city has become something close to an unofficial home of the WPT. When it comes to Montreal, the tournament takes place at the Playground Poker Casino, although in recent years it has had to move online.

The tournament is a good one to play in if you wish to rub shoulders with big name players such as Daniel Negreanu, Antonio Esfandiari, Evelyn Ng or others. You’ll have to pay a buy-in of around $3,500 Canadian dollars to have that honour, though.

In 2021, the UK’s Jack Hardcastle became won the WPT $3,200 Main Event online. The win was his biggest tournament event cash to date at that time. He pocketed $447,859 for his toils at the tables. Although Hardcastle may have been the one to come out on top, Canada had representatives in there who did the nation proud at the tables. Rayan Chamas finished second and earned himself $308,703. Countryman Daniel Shak finished just behind in third and took home $212,459.

This victory hadn’t been Hardcastle’s first major success, however. Less than a month earlier, he’d finished fourth when he agreed to a four-way deal at the final table in the Poker Stars Blowout Series:$109 NLHE- The Big Blowout. It was a smart decision that earned him $270,764 and, before his Montreal victory, had been his biggest score.

Poker tournaments are getting bigger and bigger. It’s hard for players to not be attracted by some of the huge sums up for grabs when, in some cases, the buy-ins are such a small investment by comparison. It’s also hard for observers not to look on fascinated as the players duke it out at the table for this big money. Poker is in an amazing place right now.