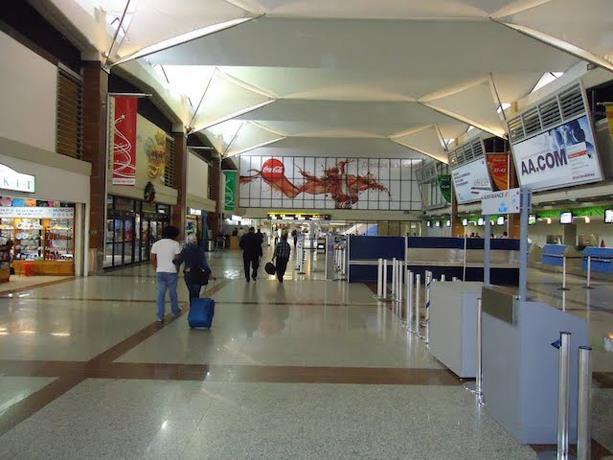 In front of the tropical depression of Grace, Las Americas International Airport (AILA) had to reschedule and cancel more than 30 flights.

This includes the flight number 335 of UPS Heading to Miami and 402 and 403 from the same airline Same destination and origin. Canceled due to bad weather.

Other flights canceled due to tropical depression belong to the airline Jet Blue the 2829 and the 2830 with origin and destination to Boston, Straight. Also, 209 originated from New York and the 2110 With departure to the same destination.

Flights have been suspended 1203 NS 1204 With origin and destination from Newark Liberty International Airport in the state of New Jersey In the United States, from the airline JetBlue.

The flight taken from JFK from New YorkAnd No. 1009 Which was originally from AILA to the same destination with No. 2510 It has also been cancelled.

Spirit Journeys 145 and 142 to and from Florida, United States, and 377 and 378 from the same airline with a destination to and from Orlando It has also been cancelled.

Border flights 58 and 59 to and from Miami have been canceled, while they have been rescheduled for August 17 Flight 512 and 513 of the Venezuelan airline Binding to and from Caracas.

for him Cibao Airport, Silver Airways Flight 120 from San Juan has been canceled, Puerto Rico, which was scheduled for 12:00 noon.