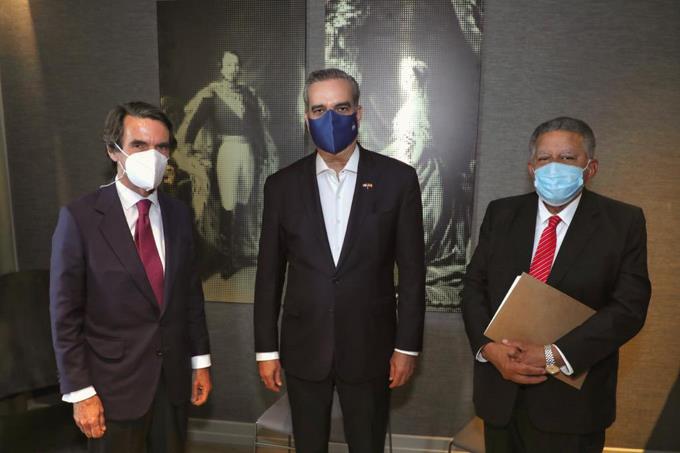 President Luis Abenader, who arrived in Madrid on Sunday, wrote on Twitter, “We have finished our meeting with the former head of the government of Spain, Mr José María Aznar, with whom we exchanged interesting ideas.”

With Aznar it was his third meeting, the first with the former President of Spain, Felipe Gonzalez.

This information was shared by the Dominican head of state himself on his Twitter account, accompanied by photos with these personalities.

On the same Sunday, Abenader is scheduled to meet with a commission from the Modern Revolutionary Party (PRM) and figures from the Dominican community centered in Spain.

We finished our meeting with the former head of government #SpainMr. Jose Maria Aznar, with whom we exchanged interesting ideas. pic.twitter.com/90m0KsUc45