Three alliances are being developed between political parties in Honduras 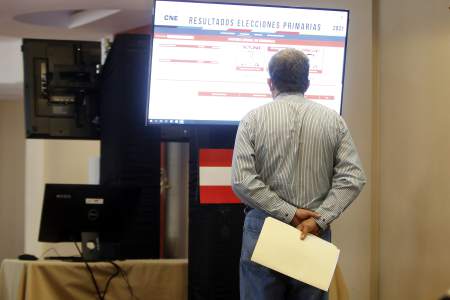 Political parties have only 64 days to sign full or partial alliances in order to participate in the general elections to be held. On November 28 this year.

The problem is Election law and political organizations And orders that these agreements must be registered with the electoral authority six months before the elections and before the invitation that will take place on May 27th.

During these two months, political forces will have to negotiate over who will be the presidential candidate (a sensitive and difficult issue) and the integrated government plan, among other conditions. The current political reality suggests three scenarios for possible alliances: two from the opposition and one from the government party.

Before the primaries, liberal President Luis Zelaya announced that he would ally with Salvador Nasrallah, the president of the republic. The Salvadoran Honduran Party (PSH).

If the National Electoral Council (CNE) Yani Rosenthal announces the winner, Former President Zelaya no longer joins the coalition on behalf of the Liberal Party, as he has lost seals and presidency Central Executive Board (CCEPL). Consequently, according to experts, he will have to leave the liberal party to enter into an alliance with another party’s candidate.

The same situation will happen with Also the liberal Dario Banegas And with those who might come from the Freedom and Redemption Party (free), among them are Wilfredo Mendes and Nelson Avila. This alliance of the Liberal and Free Party factions with PSH will be joined by the Party of Innovation and Unity (Pinu). Then it will be the PSH / Pinu Alliance And maybe another party from the rookies.

The second scenario is likely Partial alliance between Lieber and the liberal party if the National Electoral Council declares victory over Rosenthal, who will assume control of his party. And the third is the secure agreement that the NDP will conclude with some minority parties, with which it has already negotiated at the congressional level.