Turkey threatens to quit EuroBasket; Furkan Korkmaz is “attacked” by players and police 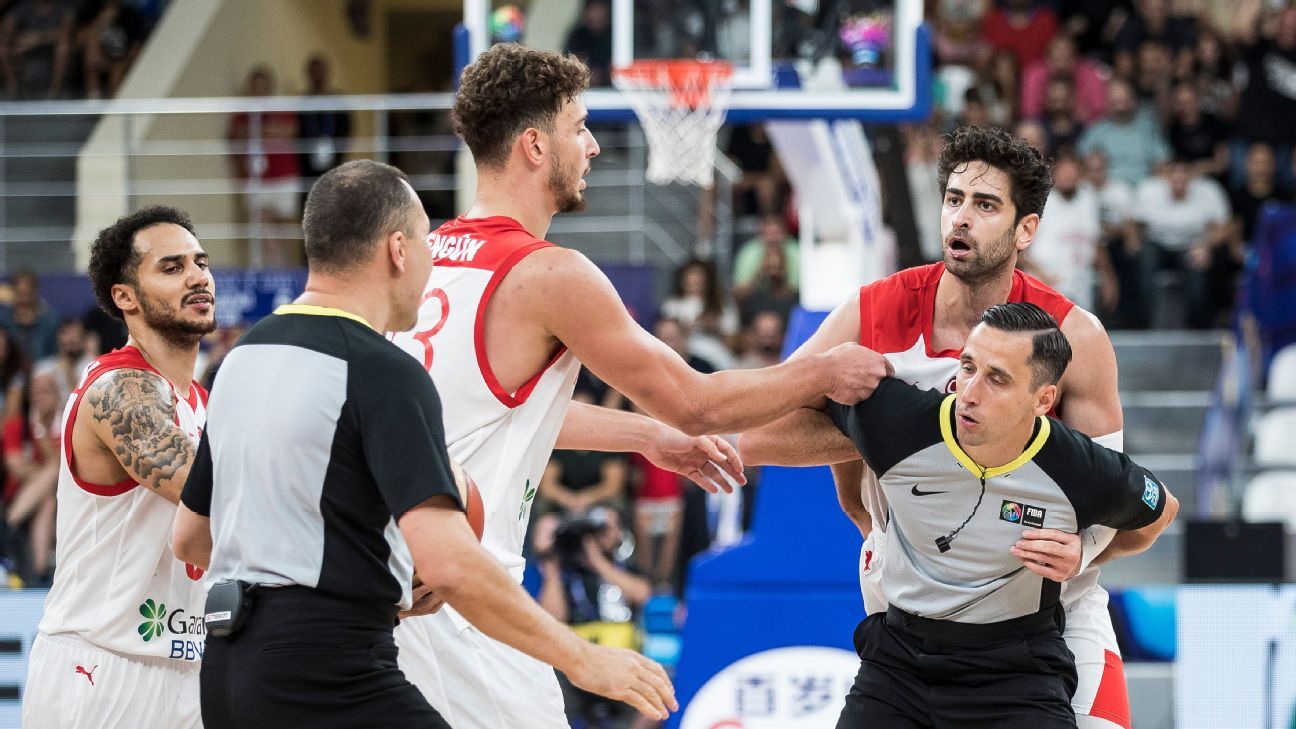 The Turkish Basketball Federation threatened Sunday to withdraw from the European Basketball Championships if the aggression against the player was not investigated. Furkan Korkmaz After the match against Georgia in Tbilisi, which ended with Georgia winning 83-88.

Turkish shooting goalkeeper Korkmaz and Georgian player Dud Sanadze clashed during the match and the other team members had to forcibly dismiss them, due to which they were disqualified, Turkish daily Hurriyet reported.

The Turkish Basketball Federation (TBF) said in a statement posted on its website that when Korkmaz was heading to the dressing room, he was assaulted by other Georgians who were not playing at the time, as well as a number of policemen.

“You can’t attack a player who goes to the locker room. The match is over, we lose, and in the locker room a quarrel broke out with 30 policemen; the Georgian official police provoked a physical quarrel,” denounced the vice president of TBF, Omer Onan.

The federation is now demanding that the FIBA ​​authorities hand over images from security cameras to show what happened in the lanes, and if not done, it threatens to withdraw from the tournament.

“We tell FIBA ​​very clearly: If the cameras are cleared, if there is a malfunction, if there are two minutes left … we will look at the cameras one by one and make a decision accordingly,” Onan said.

See also  Municipal vs Olympia: day, date and time of the match by CONCACAF

The vice president insisted, “If this is not done urgently, forgive us, but we value our players very much. We will not allow them to do them any minor harm. We will withdraw from the tournament.”

Onan blamed the International Basketball Federation for the incident, adding that TPF had competed in the match for breaking the rules and was even considering demanding a replay.