Two Dominicans and one Haitian have been kidnapped in Haiti, and their kidnappers demand $ 2 million for their release. 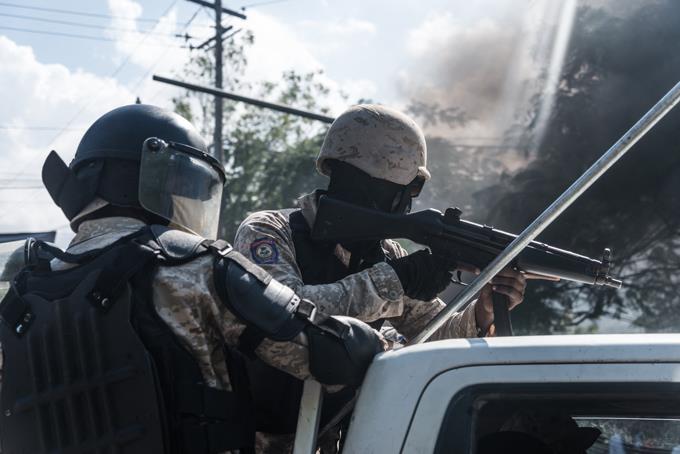 The captors of two Dominicans and two Haitians asked the film crew for $ 2 million to be released in Port-au-Prince, according to the Haitian press.

The Dominicans were working as technicians for Muska Group to produce films, and at the time of the kidnapping, on Saturday in Port-au-Prince, as they were returning to the capital after filming in the south of the country, they were with them. Haitian interpreter, he said this Sunday. Evie is someone responsible for the company.

“In fact, two Dominican technicians and a Haitian translator were kidnapped,” said the head of the Haitian production company, who did not want to add more details.

The hijacking took place on Saturday night in the area known as Fifth Avenue at the southern entrance to Port-au-Prince, a sector considered chaotic due to the current insecurity.

The hijacking took place between 9:45 PM and 10:00 PM on Saturday (02:45 AM and 03:00 AM GMT Sunday), when the production company’s team had just returned to the Haitian capital, after filming late in the coast. Jacmel.

Sources familiar with the events said that the car was escorted by police cars from the front and the back.

According to the sources, the Dominicans had expensive cinematography equipment in the car, which was taken by the gang of kidnappers.

Since last year, the number of kidnappings in Haiti has increased dramatically, at the hands of armed gangs abducting people from all walks of life daily to demand ransoms.

According to estimates by the National Network for the Defense of Human Rights (RNDDH), there are currently more than five kidnappings per day in the country, the organization’s director, Marie Rosie Auguste Dossena, told Efe.