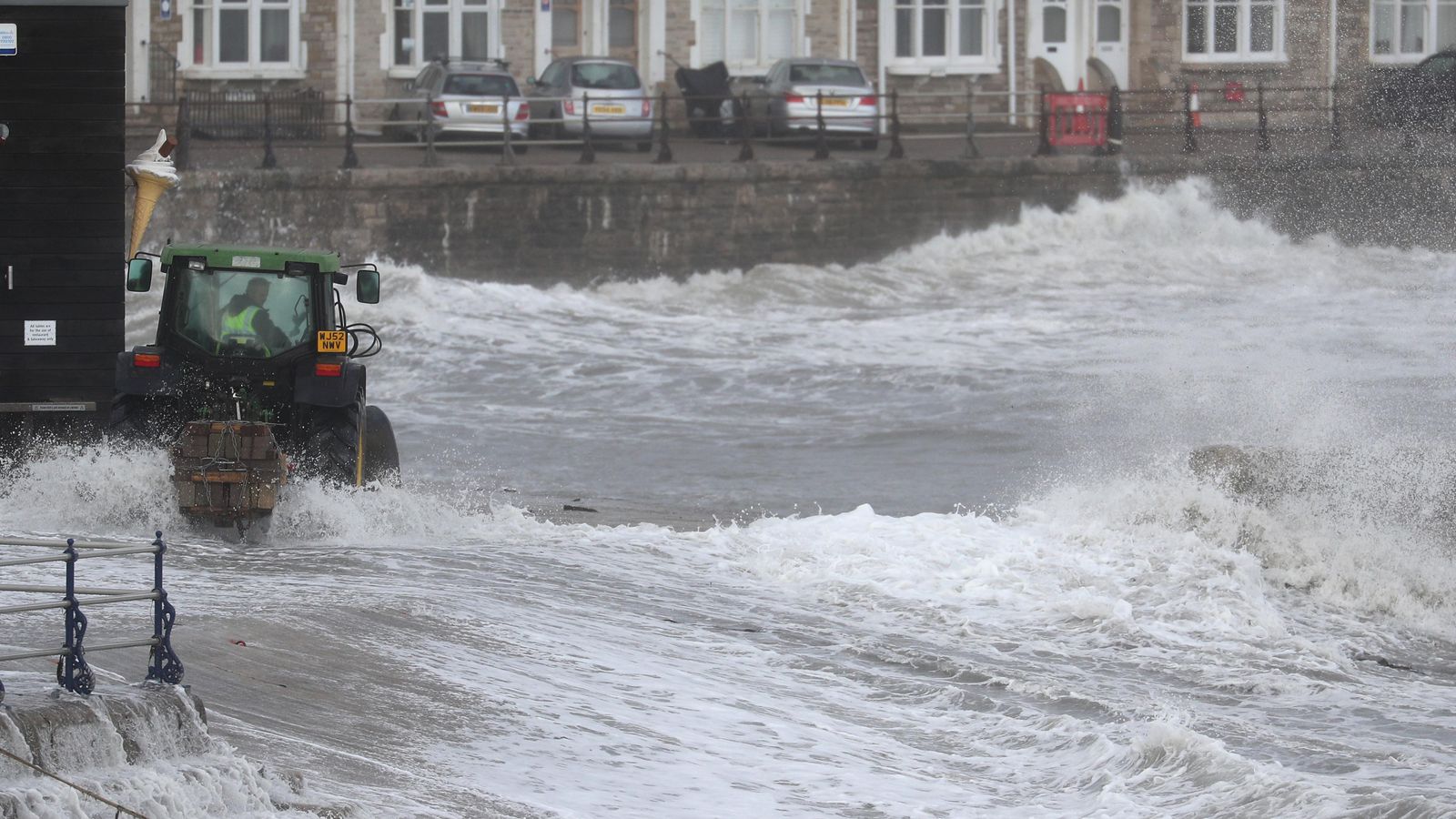 Parts of the UK will be closed due to weather warnings for rain over the weekend as storm Alex calms down.

Northwest England, South West England, Wales and the West Midlands have an amber weather warning from Saturday afternoon until 6am on Sunday.

The Met Office has forecast 25 to 50 mm of rain in many places and 90 mm in Wales and southwestern England.

Exposed areas of Snowdonia and Xmour were 120 mm.

The abnormal wind direction associated with rain means that previously well-protected areas may be affected.

The Meteorological Office warned that homes and businesses could “flood”, causing rapid flooding or deep flooding, which could be “life threatening”.

There is a “good chance” that some communities will be cut off by flooded roads.

Another amber warning for rain covers the central, daisy & bif and the Grombian region of Scotland from 6pm on Saturday to 6am on Sunday.

Elsewhere in the country there is a yellow weather warning for rain between Saturday and Sunday.

Temperatures of 10-15 C are forecast for the weekend, with the best temperatures expected in Scotland.

The Breakdown Cover provider has given the green light to expect an average of nine breaks per minute on UK roads between Friday and Monday.

Mark Newberry, business director of the Green Flag, said he expects Saturday to be their busiest day, with a 10% increase in breakdowns compared to the norm.

The RAC and AA warned drivers to pay extra attention to the roads on weekends.

The storm, named by the French Meteorological Office, came from Alex – Europe, after heavy rains in the UK and winds of up to 61 mph on Friday.

Weather Alex spokeswoman Nicola Maxi said: “A second downpour is coming to replace Alex over the weekend, entering from the east on Saturday morning and then affecting the west.

“The rain is slowly pushing north, but there is relief as it goes.

“On Saturday, much of the country will be affected by rain, and it’s heavy in the center, below the backbone of the country from Aberdeen to Bristol.”