UN and US reject Guatemala anti-corruption lawyer dismissal: “Lack of commitment to rule of law” 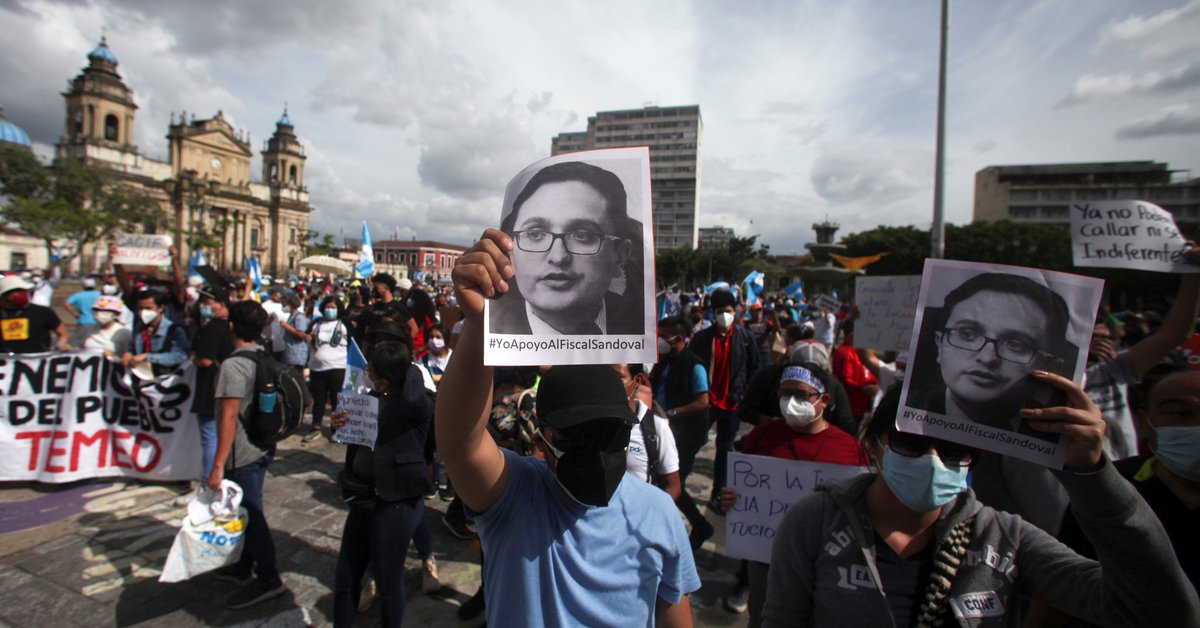 The United States and the United Nations expressed their views on Tuesday Concerns over the situation of lawyers in Guatemala, Then dismiss Y Departed after deportation Anti-corruption lawyer Juan Francisco Sandoval.

In the case of America, then Washington’s condemnation At Sandoval’s shooting, he announced it on Tuesday Guatemala will “temporarily” suspend cooperation with the Ministry of Public Works.

US State Department Deputy Spokeswoman Jalina Porter warned The US government has “lost faith” in Guatemala’s Secretary of State Consul Boras and his decisions.

Sandoval, 38, He was removed from his post by Boras on Friday, Now arguing the company’s abuse and frequent abuse “by the former attorney, and denouncing himself as the culprit.Shame”.

A US spokesman said the decision was part of “Behavior pattern”And“ a Lack of commitment to the rule of law and independent judicial and financial processes “.

According to Porter, The United States has made it clear that the fight against corruption is “necessary” to strengthen the rule of law, Increasing economic opportunities and addressing the root causes of irregular migration to their territory.

UN, for its part He expressed his concern on Tuesday about the situation of lawyers in Guatemala.

“The ability of lawyers to perform their functions An urgent need to respond and prevent corruption and impunity without intimidation or inappropriate interference. “UN spokesman Farhan Haq told a news conference.

“It simply came to our notice then Since the closure of Sisik, a growing number of former top lawyers have had to leave the country. “Hugh pointed out.

Spokesman UN Secretary General, Antonio Guterres calls on Guatemalan authorities to strengthen their work in support of the rule of law And respect and ensure the safety of the people who participate in the justice system.

Santo was a key figure in the fight against corruption in Guatemala It took a huge boost between 2014 and 2019 in the hands of former Attorney General (2014-2018) Thelma Altana and Cicic director Colombian lawyer Ivan Velasquez.