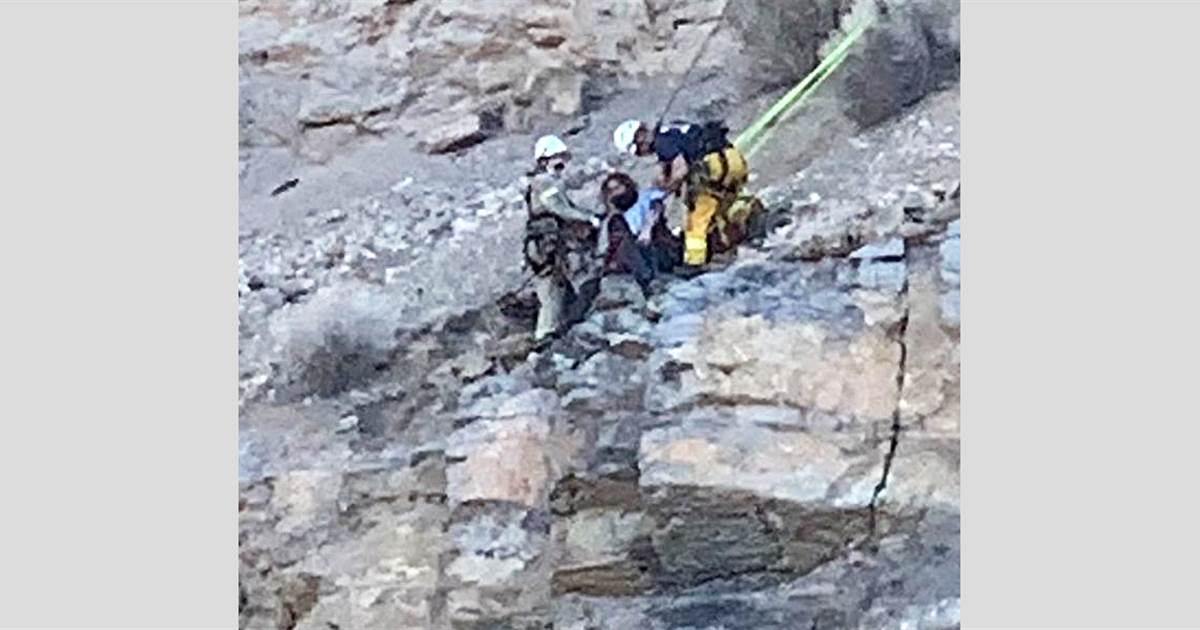 A man who was hiking in the foothills north of Salt Lake City on Sunday survived a fall of more than 100 feet and was trapped for hours on a cliff rope.

The 29-year-old hiker was walking near the base of Ensign Peak, about a mile from the state capital. NBC affiliate KSL.

“He misdirected, came very close to the edge, took a slide and fell halfway into the rock quarry from the bottom of the cliff,” said Mark Petnorick, battalion chief of the Salt Lake City Fire Department.

The unidentified man sustained injuries to his hip and leg in the fall, The department said.

This morning the heavy rescue team of SLC Fire recovered 29 years. The old male hiker landed on a cliff in an area that fell over 100 feet. Injuries to the hips and legs. After losing his phone, he was stuck in the mountains for more than 5 hours before calling 911. pic.twitter.com/22xG2ExzAI

Pictures released by the department showed him hiking on the edge of another steep fall.

Unable to move, he was there for five hours after losing the phone, the department said. KSL said a homeless group heard him scream and called 911.

Rescue workers were shown in the video.

See also  ‘The Rock’ shares itself in a throwback shot 11.