Vicente Fernandez asks him to be fired with this song 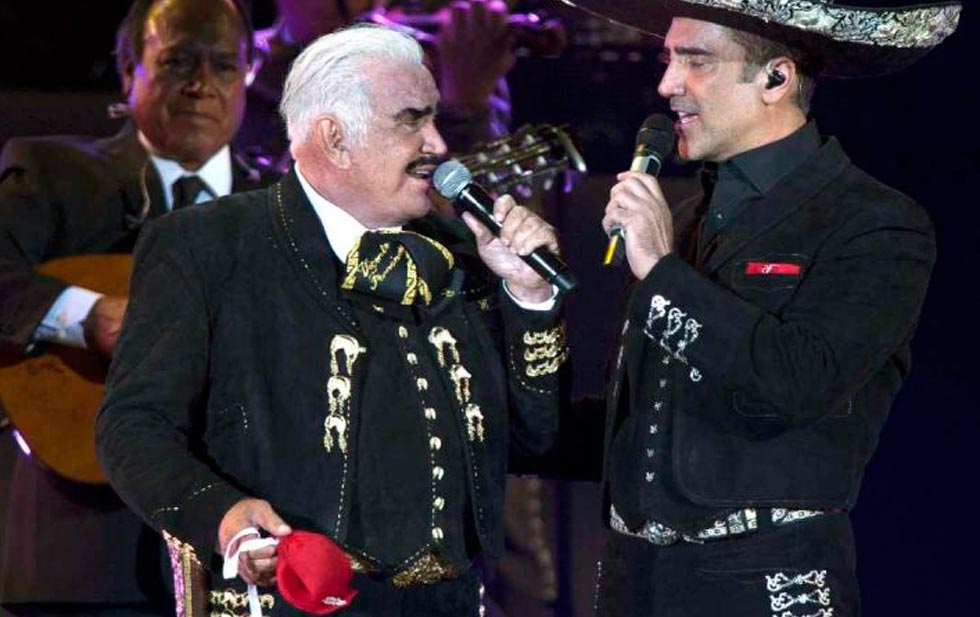 Mexico City: Vicente Fernandez’s video, in which he was heard during a concert asking that when he dies he will be sacked with Volver’s song, Volver, in the last hours.

The Mexican singer, who was hospitalized nearly a month ago, when he shared the stage with his son Alejandro Fernandez, said everyone would hear that tune when he moved to another ground plane.

“El Charro de Huentitán” is in intensive care, after an emergency operation after suffering a severe fall on his farm.

A few days ago, his son, Alejandro Fernandez, gave a concert in Mexico City, due to which he received some criticism, and he responded by commenting that the work was one of the greatest teachings that his father had instilled in him.

“Obligations are obligations and you have to move on,” said a translator for songs like “Caballero,” “Without Pain” or “Like Someone Losing a Star.”

From that concert at the Four Seasons Hotel at CDMX, a popular video circulated again in which Alejandro Fernandez and Vicente Fernandez perform “Volver, Vulver” in the form of a duet.

Fernandez interrupts the performance of the song to express his desire that, when he dies and during his burial, he will sing this famous song inspired by Fernando Z. Maldonado.

“This song to me is very special. I think the day they bury me, everyone will sing it, on TV or wherever they are,” said the famous singer.

The video has already garnered more than 1 million hits on YouTube.

Vicente Fernández served 28 days in intensive care on Friday. The medical team looking after him has placed a feeding tube, as he is having difficulty swallowing on his own.

See also  Lucerito Mijares confirms that being the daughter of Lucero and Mijares doesn't open up opportunities for you: Video